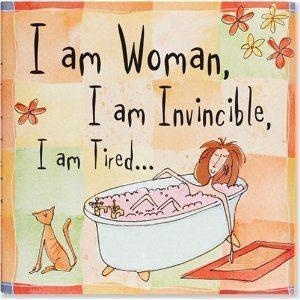 Thanksgiving nearly took me down. I cooked for 3 days and had various overnight guests from Wednesday till Sunday which took the oomph right out of me. The feast went well, the food was great and it was well attended. Afterwards a couple of the daughters and I pondered the meaning of it all and decided that in our family the whole event is pretty meaningless. It's just something we always do. And those of us who do most of the work are always exhausted when it's done. Next year is going to be different and my granddaughter will be hostess, assisted by her mother.

The husband woke me up at 4 a.m. Tuesday morning bent over with abdominal pain and insisting that I call the youngest daughter so she could take him to the ER. About this time last year he had a similar incident, the end result being he got pumped full of narcotics and sent home. Diagnosis = gastritis. She couldn't take him because she had to work. We decided to go to the local hospital where we stayed 6 hrs and they pumped him full of narcotics, did an ultrasound, EKG, bloodwork and again gave him a disagnosis of gastritis. Only during his conversation with the doctor did I discover he had been drinking 10 cups of coffee daily and I knew he'd been taking Ibuprofens the last few days too, plus he ate fried chicken two days in a row. A perfect storm. During the ride home, still wrapped in the fog of opiates, he declared he would change his diet. He even bought some Tylenol today, so maybe. Yet, he woke up with a headache from caffeine withdrawal and immediately made a cup of coffee. "It's weak," he said. He's a 69 year old not yet senile male, he's capable of taking care of himself, right? And, after being married for 42 years I know that if I try to tell him what to do, it won't happen. So, I'll remain hopeful that this time he got the message.

Because I tend to have delayed stress reactions, today I felt like crap. Everything hurt, and I was sooo tired and a bit woozy. Thus, mostly, I laid around and felt bad. And yet, this evening, I had this great block of alone time and actually felt good to write a post and surface for a moment before I go back to reading. Great! Things are looking up.

Still caught up in the Ian Rutledge mystery series which keeps me in my current favorite time frame and location, post WWI Great Britain. Also finished watching Season 2 of "Stranger Things," and thought this season to be better than the first one. I still find it incredibly disconnected with disparate storylines that I can't quite connect. I haven't looked to see if there will be another season, but can't imagine the show will run much longer than that because the kid actors have already grown up a lot.

I did get the medallion on the back of "the sweater" started, however seem to have dropped a stitch and so set it aside just a bit ago as it's always better for me to fix something like that in the morning.

Tomorrow is going to be a great day. I just know it! I am so ready for that.
Collapse