In 2008 the husband retired. For me this meant that he would spending more time at home than ever before. It has, in fact, turned out to be almost all of the time.

Just having him what had long been "my space" during the daytime was a shock. One day he came into mykitchen and tried to tell me how to bake something. Whoa. Sparks flew. For 40 years I had reigned the supreme queen of that kitchen and how dare he? ... Things have calmed down since then and we manage to inhabit the same house by having boundaries. I never go into his sleeping quarters if it it can be avoided. He doesn't like anyone to be in there and locks it after he leaves. Not my way, but he grew up with a number of younger siblings who ransacked his "stuff" so his hands off my stuff ways probably started there.

He also has a bathroom with a shower. Until last year I had used the shower now and then, but in 2018 boycotted said shower because the husband refused to allow a remodel. Even using my money, it was a no go. I am grateful that the housekeeper keeps it reasonably clean.

He rarely, if ever goes into my bedroom, either of them. I have two because you have to go through what is really the guest bedroom to get to my bathroom so I keep some clothes in there.

He has an office which I will sometimes visit to ride the stationary bike or get something out of the closet. I don't like to hang out in there because he listens to talk radio constantly and I find that most objectionable in so many ways.

I have a craft room, but it is located quite close to his office so the talk radio leaches into my air space. I have found that if I put on music he will put on his headphones. If I really need to work in there, I do that.

We share the rest of the house, uneasily at times, but he has recently taken to joining me in the evenings to watch television.

I am grateful that our house is fairly larg, we are both my nature introverts, and there are 10 acres out there to roam. Having never lived alone (the girls were my companions) I have no idea if I would enjoy living that way. I do think about it.

And, I wonder what it would be like to have a partner with whom I wanted to hold hands. 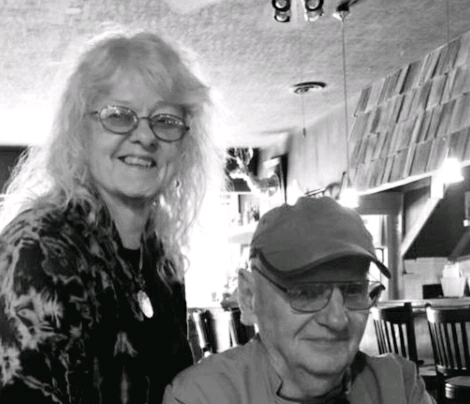