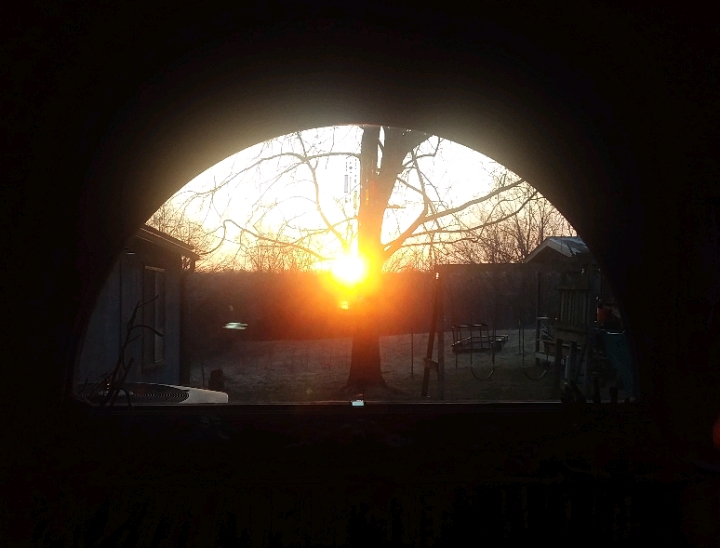 The sun came up with a blaze this morning and promises to stay around all day. Yesterday temperatures were much milder. I put on my rubber shoes and began to slog around the yard looking for harbingers of spring. Daffodils are just peeking their leaves above the ground near the deck steps, but no hyacinths to be seen. I got as far as the raised bed where the spinach while not as prolific as last year is still green. And then, oops, here came the rain again so maybe today other discoveries await. 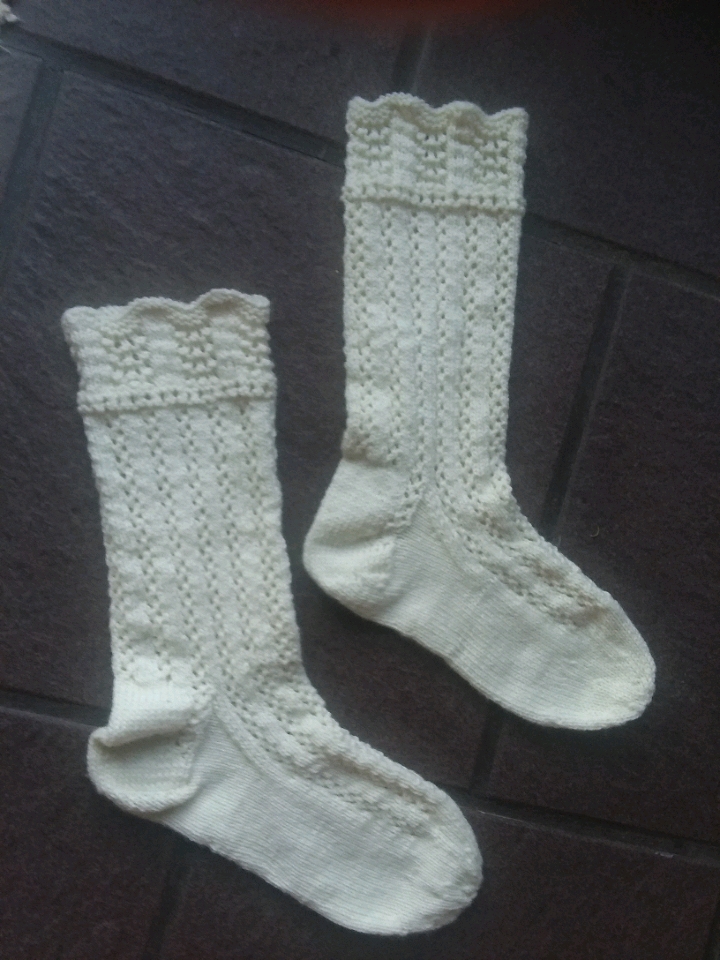 Also, at long last I finished the lacework socks and they are quite lovely, but more importantly they are done. Now time to move on to finishing up some handwarmers for the South African charity.

Tossing around ideas for maybe going to Kaya Fest where all the Marley Brothers, plus some of the grandchildren will be on stage in Miami. I haven't been to Florida in years so would be interesting to see the changes I suppose. Hard to decide as the last couple of trips have been rather a disappointment. The husband keeps reminding me that after I come home I vow never to try again, but I do hate to totally give up traveling. We have found a nice Air BnB in which to stay. I am not a beach person, but don't mind strolling in the sand. Funny, how now that money is not the obstacle it was, I am not as excited as I once was to go places. And, I have a very difficult time making decisions as well.

My Christmas cactus has been in continual bloom since before the holidays and just keeps putting on buds. Last year it didn't bloom much so this year it has outdone itself. 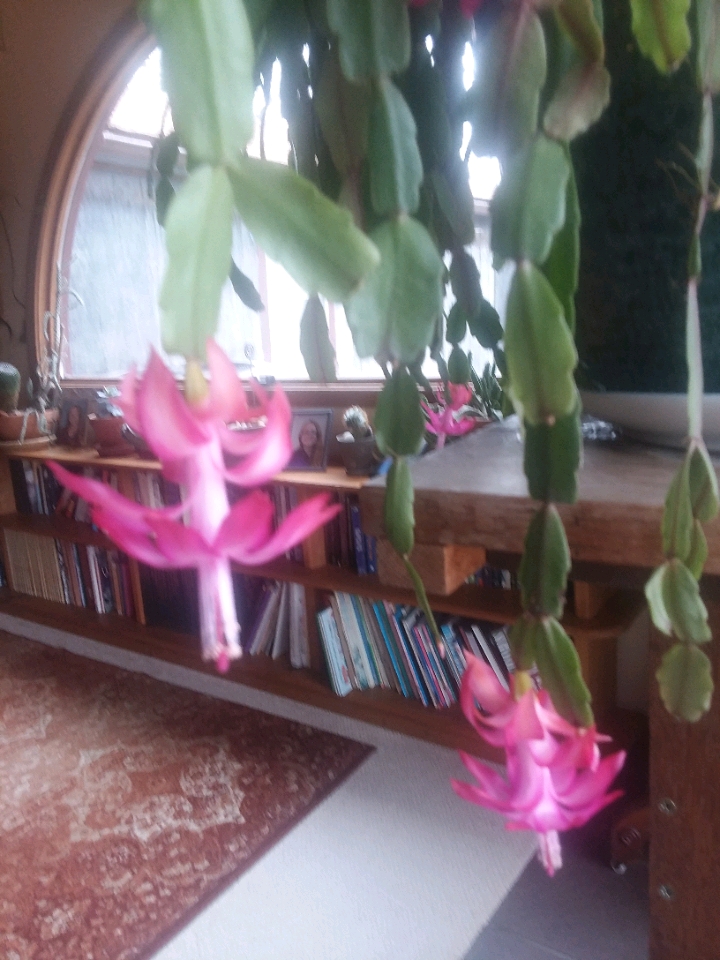 Anah was honored for being in the 5% of her class academically. Quite proud of her for that accomplishment, 2nd year in a row. And both she and her boyfriend have interviews for jobs running the concession stand at the local athletic complex, good summer occupation. Hope they get the jobs. Also her boyfriend was recently accepted into a welding program which will qualify him to be a union welder. The course is 5 months long and he will have to away for that time. Will young love stay the course? Kind of hope so, they have a very good relationship. 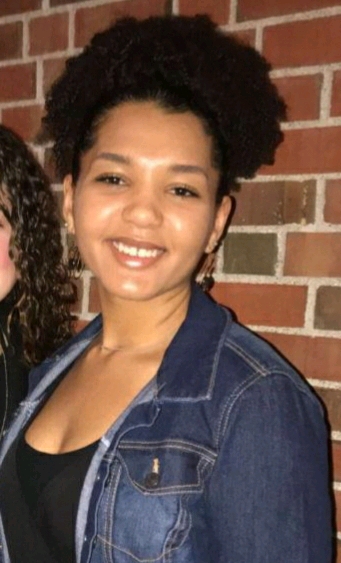 Little of interest going on here, just waiting for better weather in order to get outside. Almost finished with my Danish mystery novel and have several suncatchers designed, waiting on wire to arrive. Was ill with a UTI for a couple of days, but it cleared up quickly enough, just took me out for a little while.

The husband visited his brother yesterday and came home with a sack filled with pictures of himself when he was quite young. We enjoyed looking at them. I found this one to be particularly cute. 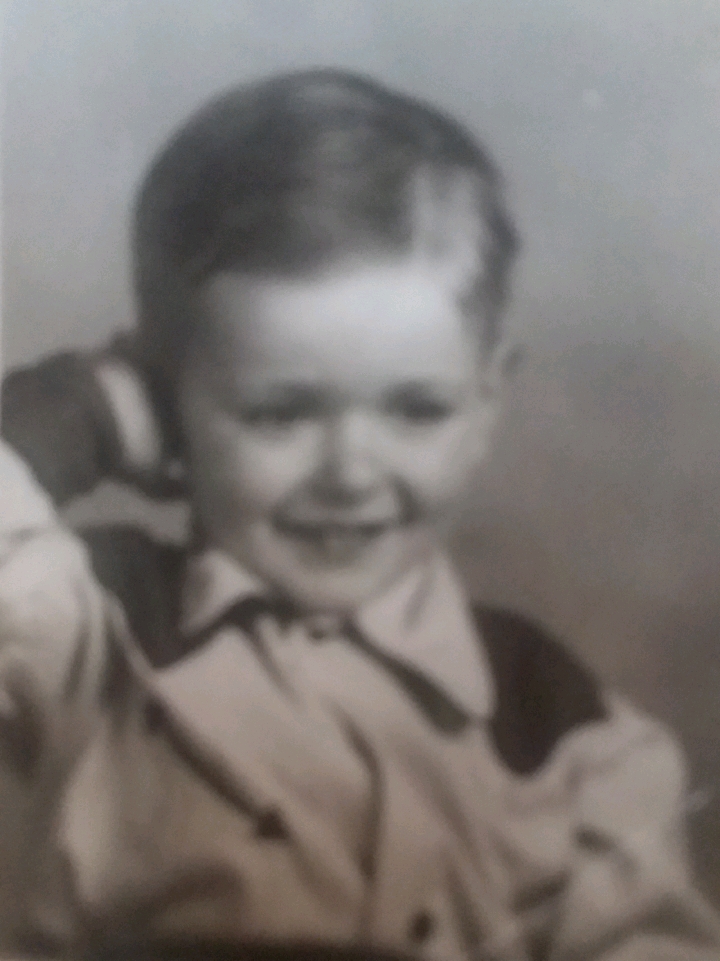 Today kids are coming over for lunch/early dinner and we plan to do some grilling for the first time in months. Easy meal, but one of my favorites, steaks and shrimp. Everything feeling all ahead of itself with the time change so I guess I'd better get busy since I feel like I'm an hour late. I did hear that Missouri currently has a bill in legislature to drop DST, I wouldn't mind that at all.

Have a great Sunday Y'all!