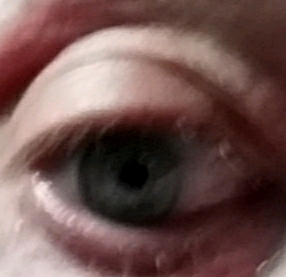 After two weeks of near insanity combined with way too many PVC's the day of my eye doctor appointment rolled around and somehow I got there though by that time I was really quite ill. Unfortunately, or maybe no, the surgery was not successful which meant I did not have to have the other eye done. The big reveal was that after much research I had begun to suspect the steroid eyedrops were causing all my adverse symptoms. Though steroid application via the eye is said to rarely cause systemic reactions, apparently I am one of those rare cases. Great, not... There was a great deal of relief and some surprise when I told my doc of my experiences and discovered I was correct. He said stop them immediately. I already had not put any in that morning. By the next day my heart was beating nicely and the anxiety was not at it's highest peak. Still not back to 100%, but improving slowly. Takes a long time for older bodies to clear medications from the system and steroids are one of the worst. Weird as it may sound, I didn't really realize just how bad I felt till I started getting well. And since I stopped abruptly, there are withdrawal issues as well. I will never take steroids again. NEVER! There are alternatives, which is good to know because like most of us I will in the future face cataract surgery, another event which requires an anti-inflammatory. Two months till my next appointment. Because the laser was ineffective the alternative is to closely monitor the narrow channels in my eyes and hope that they don't collapse. *sigh*

Most of the past week, I've been lying around, working crossword puzzles, reading and knitting. Ugh on the knitting as I worked the entire heel flap without realizing I was off by one stitch. Got that frogged yesterday and am ready to start again as soon as want to face it. Also did quite a bit of cooking. Made a curry with green curry paste that is seriously hot and a great Mexican corn street chowder.

Finished the Goldfinch and while I do appreciate the beauty of Tartt's prose, I seriously wondered why I spent so much time reading nearly 800 pages only to feel so depressed at the end. Started two different books only to discover a few pages in that I had already read them. Must start marking those I have read or moving them to another shelf. But that is a job for another day.

Started a mystery by a Danish author, Jussi Adler-Olsen, titled The Keeper of Lost Causes and so far it is proving to be a viable choice.

Anah did not win Sophomore Attendant, but did look beautiful as she walked on to the court. I haven't seen her yet, but do not expect her to be devastated as that is not her nature and it is not that a big a deal any way. 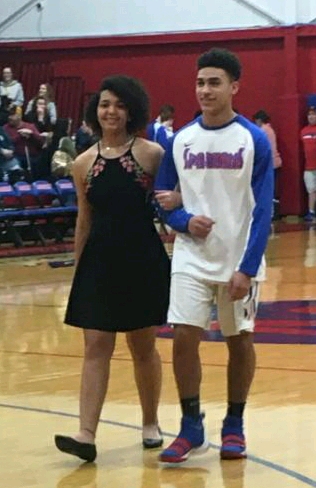 The snow is still on the ground and we got a wee bit more last night. It is frigidly cold with some wind and I have no desire to go anywhere. I suppose that is good because there is nowhere to go.