Too Hot to Think 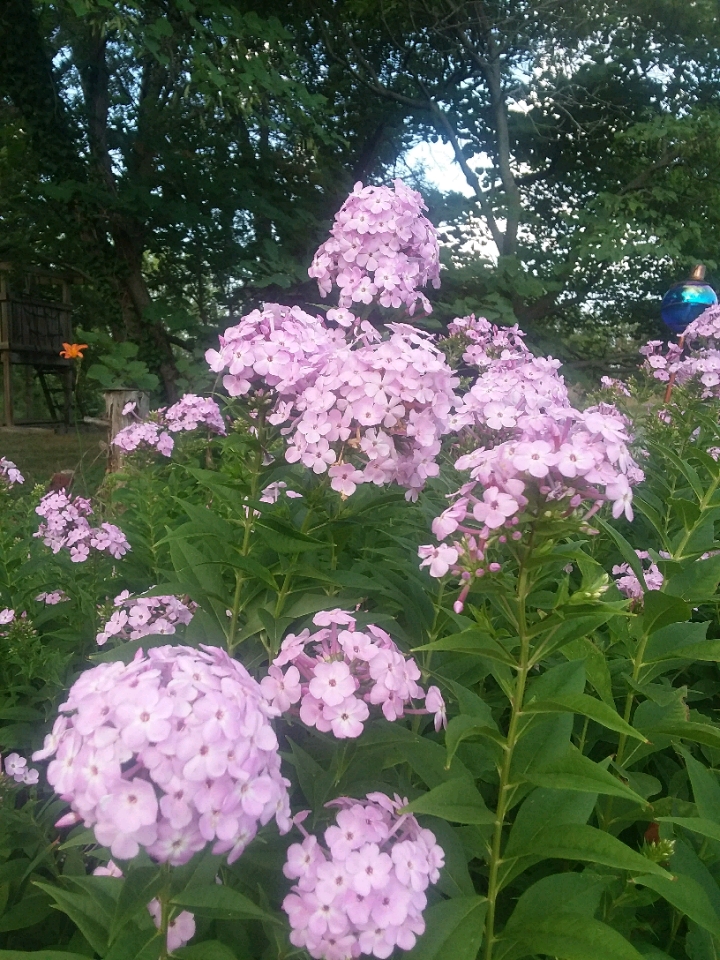 Survived the grandson's  30th birthday party. Always interesting to talk to my first husband who shows up at these events. We would have been married 54 years, but it only lasted 5. The girls sat on either side of him and as always their strong resemblance to him strikes me. And, as always I breathe a sigh of relief that I got out of that relationship and grateful for the two children we made.

My niece from Dallas breezed in the next day and we spent time here with Erin, Anah, and Tracy. We reminisced, dove deep into the whats and whys of life. Menopause and its various manifestations was a big topic.  Anah and I had no interest being at the opposite ends of life. 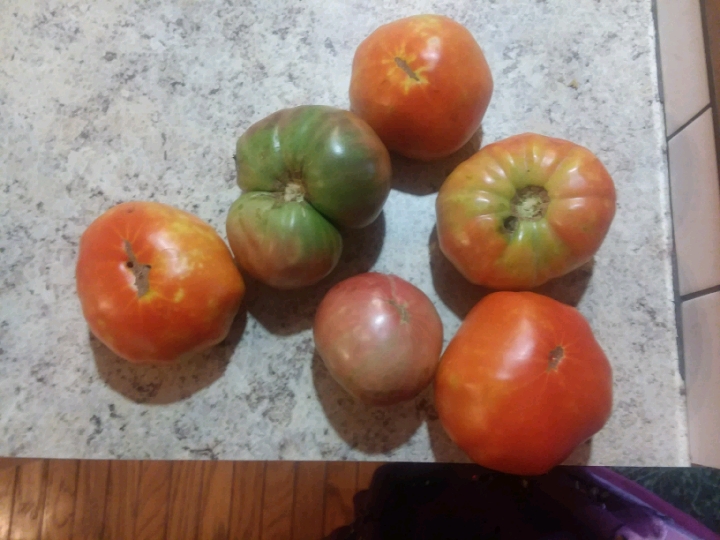 Getting some nice tomatoes now, still cukes and zukes but not too many. The drought continues as does The heat. The beetles have recently attacked the corn, munching away at the silks. Only if they had already pollinated will there be kernels. Trying to keep the blasted bugs under control using traps which fill up every day. Just too many of them. Another imported species, brought from Japan in 1916 in potted houseplants.

There is one bright green spot in the midst of all the dead grass. It's signals that there is a leak in the pipe that runs from the pond to the house. The husband says he'll fix it after the weather cools off. 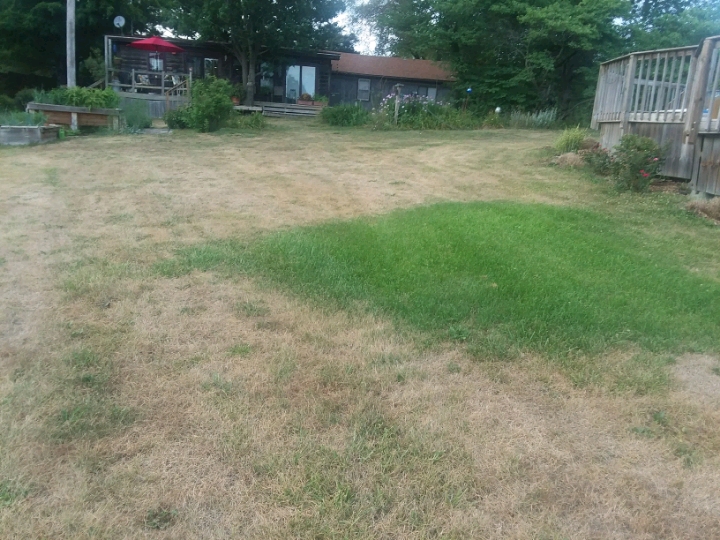 Finished "Just Kids" by Patti Smith. The memoir details her relationship with Robert Mapplethorpe. Lots of interesting info on the NY art scene in the 60's and early 70's. I spent a lot of time researching the players. Watched a documentary on Mapplethorpe, listened to some Patti Smith on YouTube and totally enjoyed the entire experience.

Tracy and Lainey are coming to spend tonight here. Tracy, aka daughter no. 2, is shadowing a job here in town. After working for State Farm for 35 years her job is being moved and though near retirement she must seek other employment.

Got in the pool with Anah yesterday and swam just a little bit, but enough to make my neck wonky and produce a headache this morning. I love to swim, sure hate to give it up,  but it's trending that way.

During a brief spurt of creative energy I got out everything needed to mosaic a bottle, but haven't started yet.

Had a great video conversation with grandson, Dylan. He hates the cost of living in Austin, but loves the creative opportunities.Talks about moving back to Missouri.

Found a recipe of my mother's for eggplant casserole which I made yesterday. It did not disappoint, just as good as I remember. Last eaten 30 yrs. Ago.  I think I'll have some for breakfast