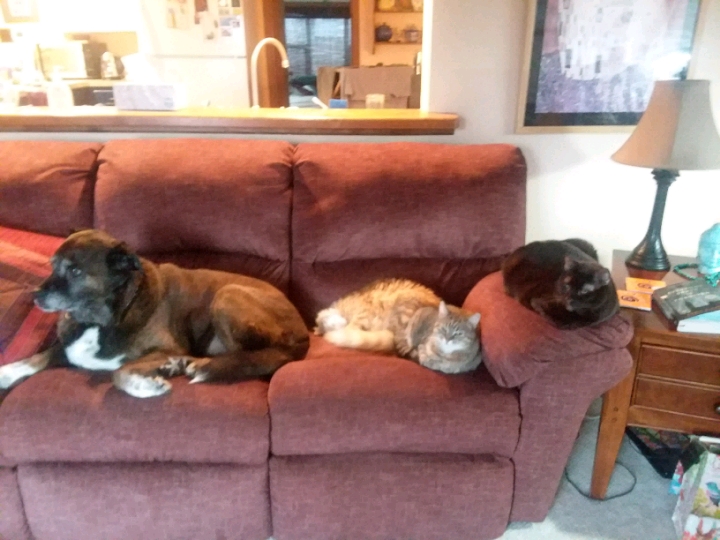 A couple of days ago the dog came home with her back covered in an oily substance. Not wanting to bathe her all over, not because she doesn't like baths, but because my back reacts badly to bending over I scrubbed her off with a soapy rag. While that didn't work out as well as I had hoped, there was improvement.

Then yesterday after we came in from working outside she was quite wet. The husband said she was rolling in the dew wet grass so I didn't look further. My attention was focused on the upcoming arrival of family and friends. When daughter no. 2 showed up, Natty galloped out to meet her and we both noticed she was caked with small balls of mud. No way around that mess except to head to the shower.

Twenty minutes later we emerged. She was certainly cleaner than I was. And the shower was a wreck. Another half hour later the shower, bathroom floor and I were presentable and for a few days at least she smells quite sweet. And the cats I'm sure appreciate that. :-)

Once again one of those "dirty deeds done dirt cheap".