Went to the Missouri River 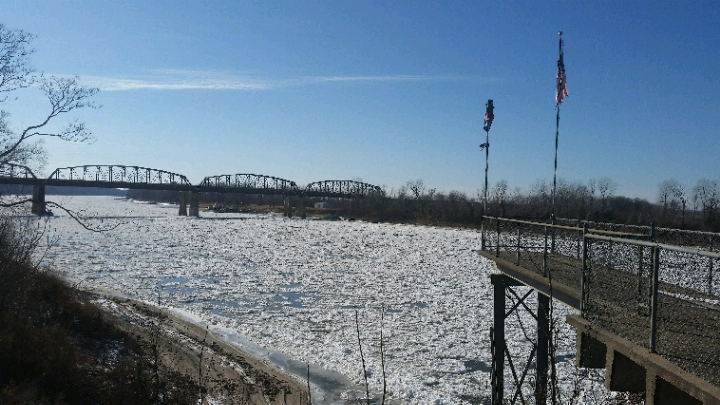 On Saturday last, what we call our "nuclear" family (the husband, me, youngest daughter, Erin, and granddaughter, Anah + Trent) took drive to Glasgow, MO. Having read about a restaurant located there, Beckett's, to be exact, the husband wanted to try it and since he recently passed his 70th year, we gave him what he wanted. He does not accept gifts nor much of anything in the way of acknowledging his birthday, but he will eat. Glasgow has a population of 1,091 so I wasn't expecting this to be a gourmet delight, but was not disappointed in the fare. It was hot. I really appreciate that. It didn't hurt my stomach, another plus and truly I have never seen a smoked pork chop that was as thick as the one I was served. And it was enough for two meals which is always a bonus. The ceiling there was really cool, could be original or could not. Glasgow is an old town, and once thrived when the river was the way to move goods and people. 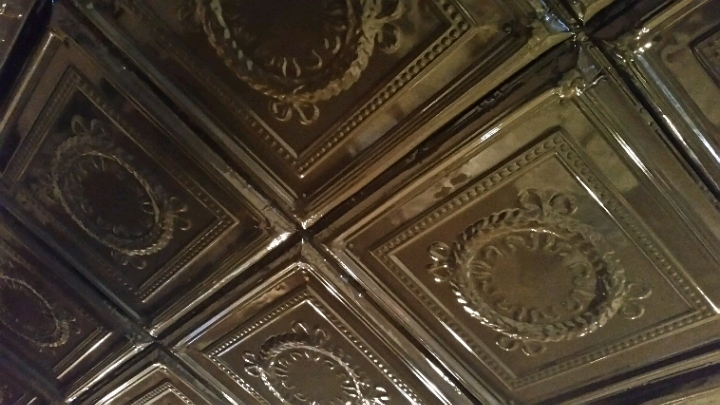 After eating, we wandered over to check out the Missouri River. Only I braved the chill of the day and walked out to get some pictures. Very interesting the way the water churns up the ice into these circles of ice and snow, all moving quite rapidly creating a very dizzying experience. As the whole huge mass moved there came this hissing noise. I hung out on the dock till it got too cold just to feel the power of the river and hear her song. 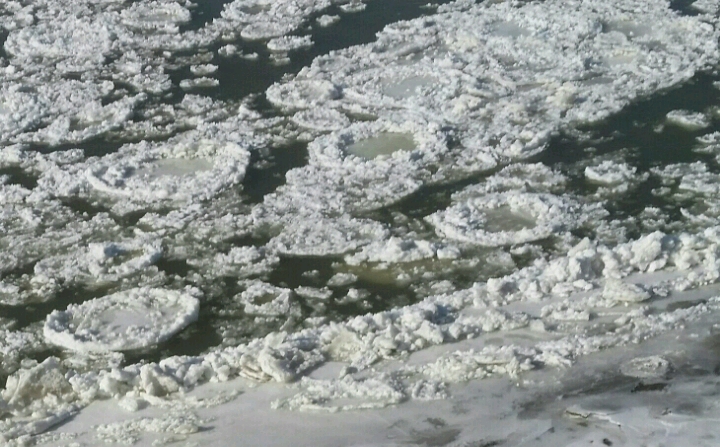 Came home and watched the two most recent episodes of "The Walking Dead" with Erin. Sometimes I can't believe I've watched it all of it, but it's something she and I do together and those moments are rare, so does it matter if there are zombies in the background. Nah.

School was called off today though unnecessarily so. Yesterday it was quite slick, but not so much the roads as the sidewalks. Neither the husband nor I can remember a time when school was called off because of weather or temperature or really for any reason. I suppose they made the decision the night before when it actually was bad. I decided to get out today, expecting that I might have some trouble, but it seems to have all melted now. Yet, I think there's enough water out there that when the temps drop tonight, we'll have the ice back.

I keep reading good things about the "Fargo" series so I may try it out. If that doesn't work, there's always Mrs. Maisel being marvelous. Or reading.

Hopefully there will also be eating as I have a beef and barley soup simmering. Could find nothing but quick cooking barley so it will have to do. Next to wrap my mind around the time difference in quick and the real stuff.