Having noticed that I was feeling over sedated and wanting to sleep all the time, the evidence of those feelings pointed to Xanax, a nasty little prescription drug to which I am addicted. I swear it fucks me up worse than all the LSD I did in the "days of yore," the summers of love and all those Grateful Dead Shows.

For anyone who has not read my past experiences with this drug, they are recorded in my LJ, though not as detailed as I might have liked. I quit once. The withdrawal experience was truly horrific.  I stayed off until my brother and sil were in the hospital at the same time. She was dying. He had been electrocuted. Nightmare stuff. And my friend, the nurse, says go ahead take one. She takes  them at night to sleep. They stopped my heart palpitations and a number of other neurological symptoms. I felt do much better that I started taking them regularly again.

And life, as it will, has run another circle and I'd sure like to cut back. This older body I now inhabit is much more sensitive to chemical concoctions and I really don't want to spend my later years sleeping, mumbling or stumbling - so back to square one. Began with simply removing .5 mg of a 3.0 per day dose. Had a number of physical sx's, increased sensitivity to outside stimuli, pain, and anxiety, but nothing really bad. Translate that into I didn't cry, I didn't puke and I functioned among other human beings, even attended a small local concert at Moberly's famous, "Railroad Days." One of the daughters is seeing the bass guitarist of the band and so I wanted to see him play. OMG it was so loud and what I would call Heavy Metal, head banging music. I do not like that Sam I am. I stayed maybe 30 minutes, but did have some awesome hugs from sisters I hadn't seen in a long time. It's good to stay hidden. People really get excited to see you when it's only once a year.

Another week or so I should be back to my norm. Ready and awake to go see Ziggy in Wisconsin.

Finding myself thinking, I should never have listened to that psychiatrist all those years ago. But I did. I shall refrain from mounting my soapbox and ranting about Big Pharma.

Enough of that, it's going well, really. 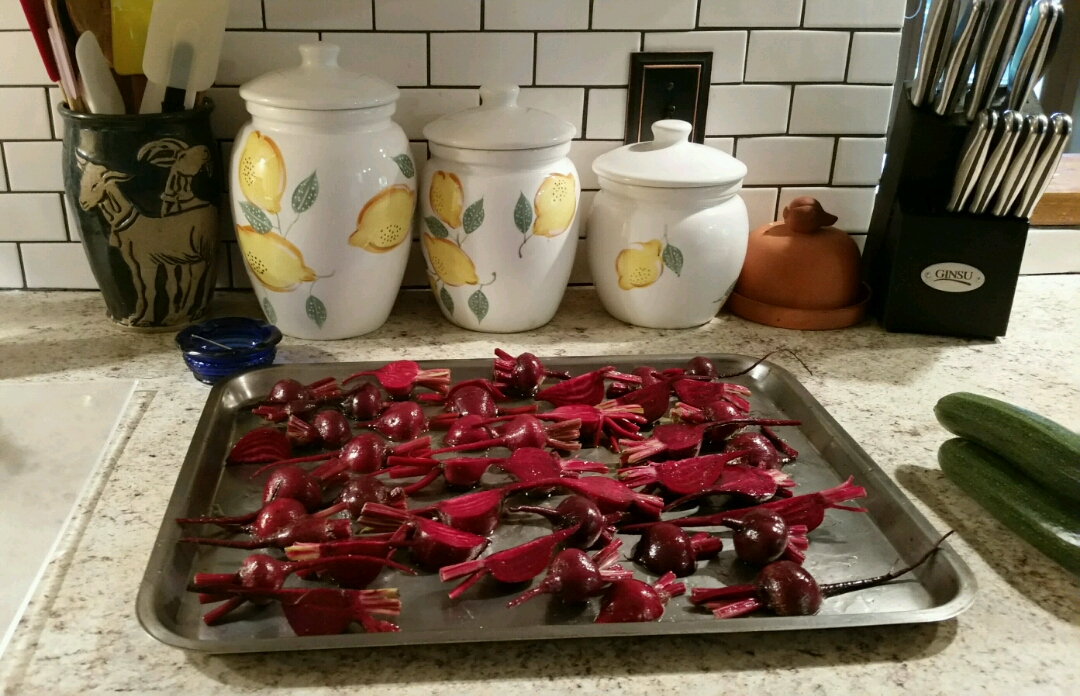 Roasting beets today, a couple of thinnings have given us enough to satisfy all eaters. Used the beet tops in a sautee with onions, and garlic scapes. The scapes were a gift to my daughter from a coworker. They have delightful flavor and can be used in place of garlic and they are pretty, oh and they were free! 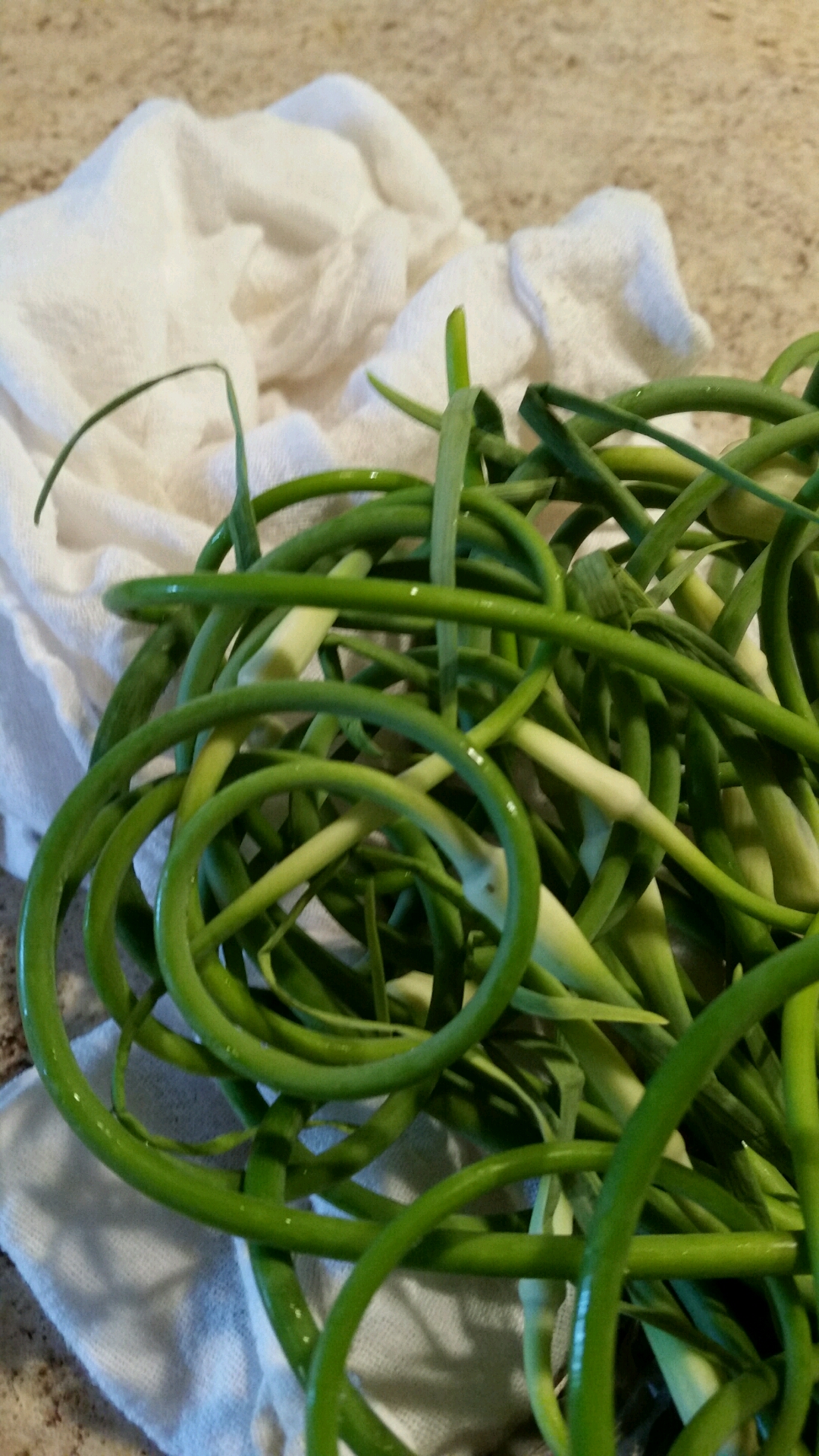 Also throwing some scapes in with the green beans.

There is rice and meat in the fridge so I'm good to go if hungry folks arrive.

Yesterday I set out all the basil starts I had in the garden shed, some went to the main, garden some to a pot and others in a raised bed. They will like this rain.

For a day that got off to a grumpy, weary start, this one has turned into a beautiful day, punctuated by great news from an online friend, and a email whose subject was , "I still love you."