Last Saturday night Erin, Anah and I went to a party together. The hosts of the party were the great kids who bought Erin's house and it was interesting and kind of weird to come back and see how it looked. They've done a great job decorating. I was especially loving the bookcase floor to ceiling even, and filled with books that lined the walls near the fireplace. "The Dog Stars" caught my eye immediately and was a great subject for conversation later. 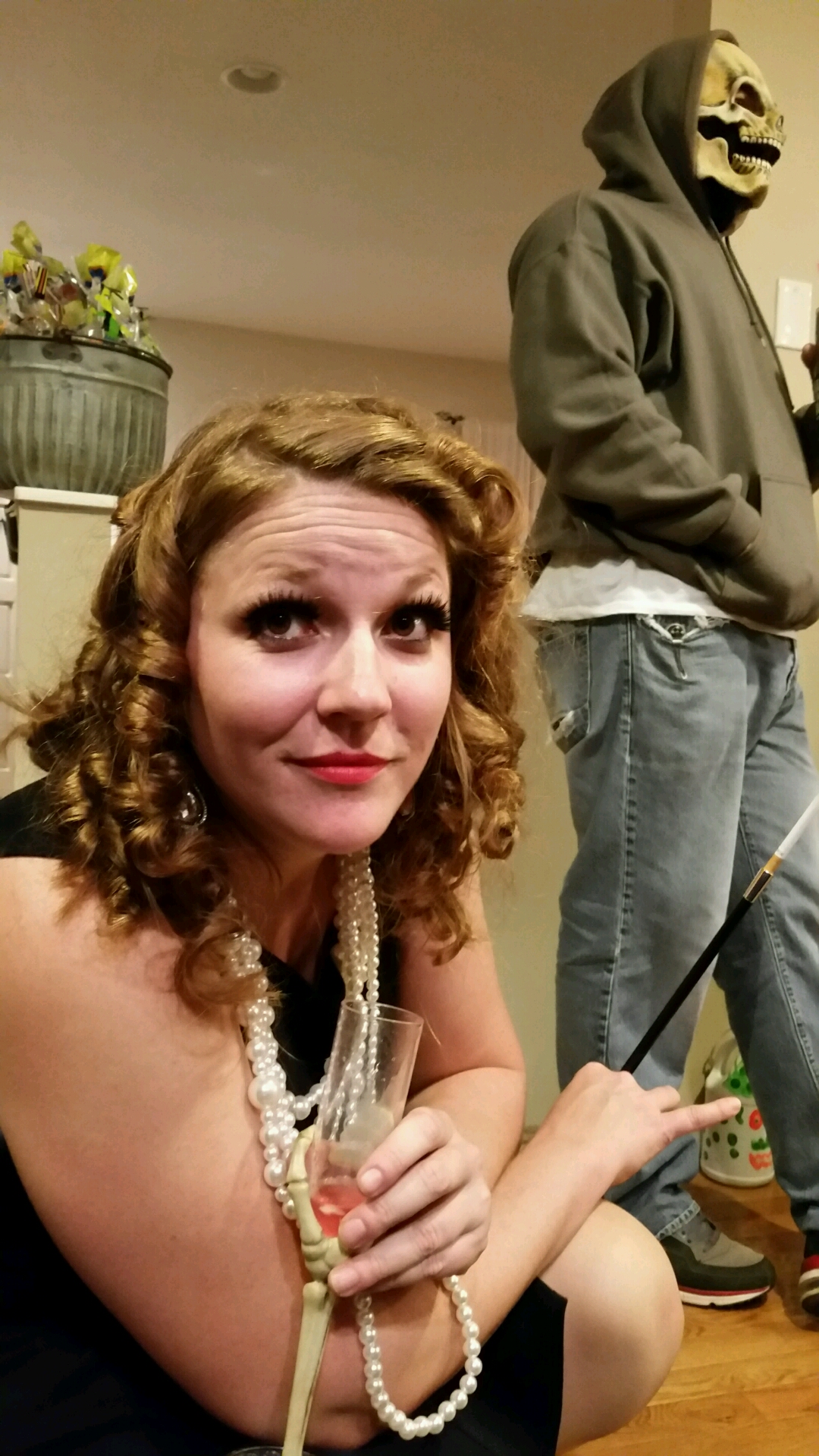 We got there a bit early so Erin could bake the mummy dogs. Though as I looked at the food spread out everywhere I wondered if they would get eaten. Enough food for several armies. My favorite was Nikki's ham salad rat. And, I hadn't had her ham salad, which I dearly enjoy, for many years, so the rat got my vote for best food. Although late into evening someone showed up with brie baked in a lattice work of what was probably crescent rolls. It was so pretty and especially decadent tasting because it was still warm! 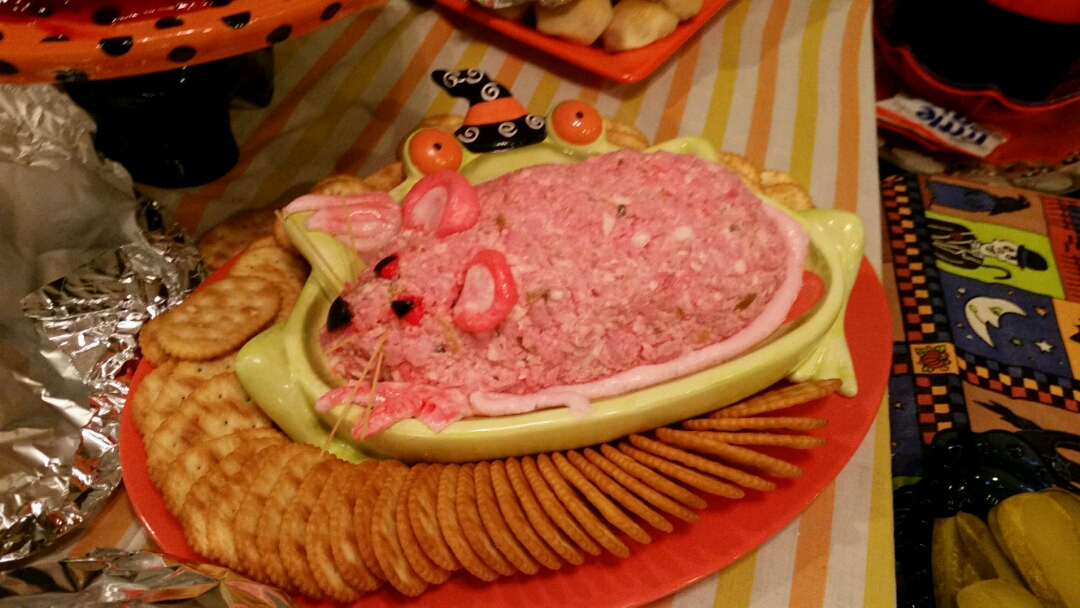 Anah had a good time playing with Case (the son of the hostess, Cate)and his friend. Erin left the foos ball table when she moved and they played on that for a time. For the most part they ran about chasing each other, as children should. 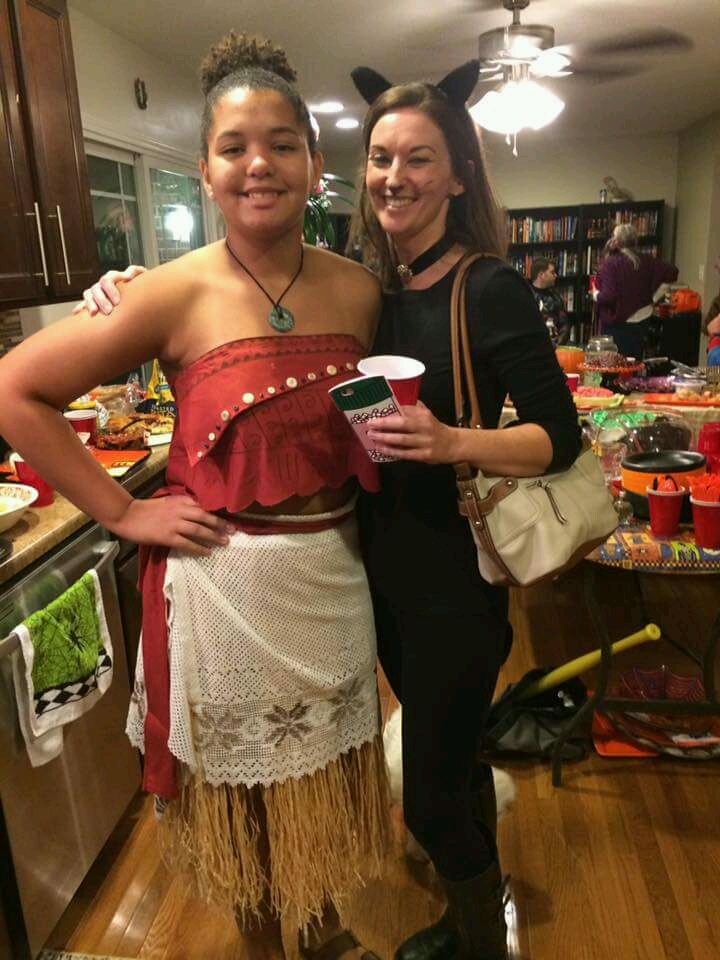 Nikki and I grabbed seats in the corner plus platefuls of food and settled in to watch. She was my partner in a costume shop long ago and we had lots of memories to talk about. And, all that food to eat. Nikki deserves kudos. She stuck to her ketogenic diet in spite of the tempting delights set before her. She's lost 25 lbs and her pain levels have decreased significantly. I am amazed at what diet can mean when you have health issues. 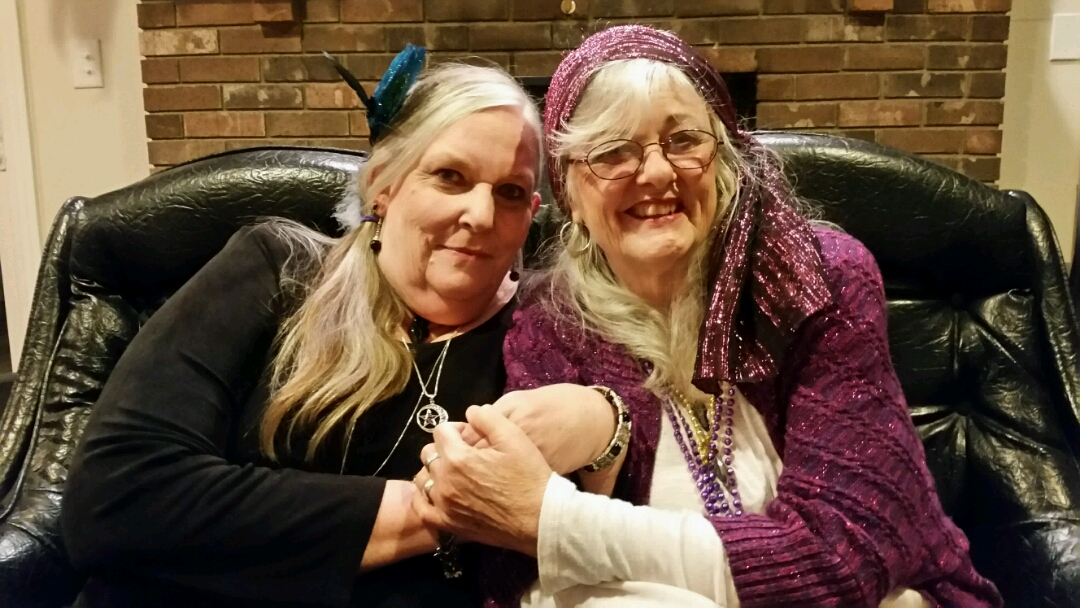 I did a few Tarot readings which went well. I'm a bit rusty, but all seemed to be pleased.

We stayed out till midnight. I'm surprised I didn't turn into a fruit or vegetable as I haven't been awake, let alone out of my house, that late in a while. And, I did have fun, met new people, laughed,talked - all the things one might expect out of having fun. And, to think, I almost didn't go just because my attempt at making these oreo on a stick things failed. Like they needed more food ... not. I had melted the white chocolate in which I was going to dip the oreos firmly attached (I hoped) to a lollipop stick. Meanwhile I went back to the sewing machine to finish Anah's costume. When I returned to the chocolate which I thought I had left on the counter, it was sitting on the stove, back burner, near the oven vent...and was now a lovely shade of brown. Oops. I, thought, there for a moment or maybe longer, that surely burning up the chocolate for my chosen food offering was enough to make me blow the whole thing off. But, I didn't let it spoil the rest of the day (yay me) and I went to the party and I enjoyed myself.

Saved in this journal to remind myself it's good to get out sometimes.

Even hermits can have fun in a crowd.