The Dog the Universe Sent

A few years ago a young white lab type dog wandered onto our farm. The grand girls happened to be here that day. They latched onto the dog with unmitigated fervor. After much consultation they named him Duke. They played with him all of one warm June Sunday afternoon. They loved Duke as only little girls can love.

Duke limped on his left hind leg so my daughter toted him off to the vet. First round of shots administered, de-flead, wormed and scheduled to be neutered. Limp diagnosed as an old injury, not fixable. I figured it was the least we could do, even though I did not want to adopt the dog.

Two days later a tentative knock on the front door and I opened it to reveal the new neighbor. He asked if that white lab running around the neighborhood was mine? I replied that my granddaughter's had been playing with it, but we had not claimed it as ours. Seems poor Duke had been struck by a large green truck, which did not stop.  He was badly injured, couldn't move his legs. No matter how much time and money you might put into an animal hurt like that,  nothing could make him right again.  The neighbor kindly offered to "put him out of his misery." I wept, I asked him repeatedly, "Are you sure?" He was.  Goodbye Duke. RIP

The girls had to be told. I picked up Anah at school and shared the news of Duke's demise, minus any gruesome details. Lainey's mother  would tell her later. Oh my, you'd have thought we had owned Duke for 20 years, the way those girls mourned was fierce. And long-lasting. I suppose if I mentioned him today years later,  you'd see it in their eyes, the loss.

Anah immediately started campaign, I WANT A DOG. She asked over and over and over again. She pleaded with tear filled eyes. She asked why not? and refused to accept my answers. Finally,  worn down by her persistence, I said, "If the Universe sends us a dog, we can keep it." I swear that within the week as I was peacefully knitting in my chair, my ear detected a faint whimper. At first I ignored it, a trick of the wind I said to myself.

But,the noise didn't stop. I went outside. Yes, definitely a whimper coming from under the deck. Crawling under the deck is a downright awful experience but needs must be met and soon I emerged with a very small brown brindled puppy. Admittedly it did cross my mind that I didn't have to tell Anah, but who am I to argue with the Universe. It's not every day you get sent a dog. 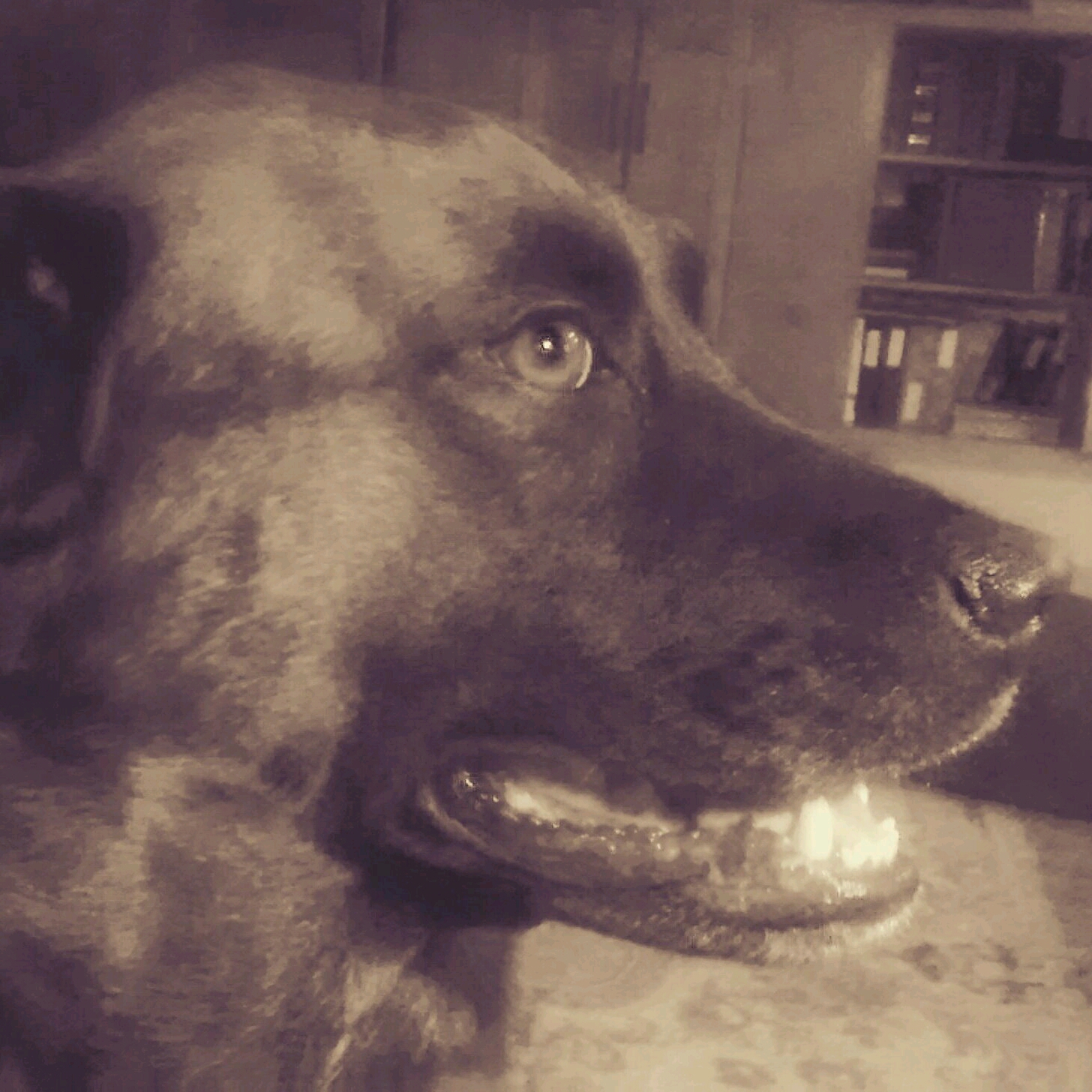