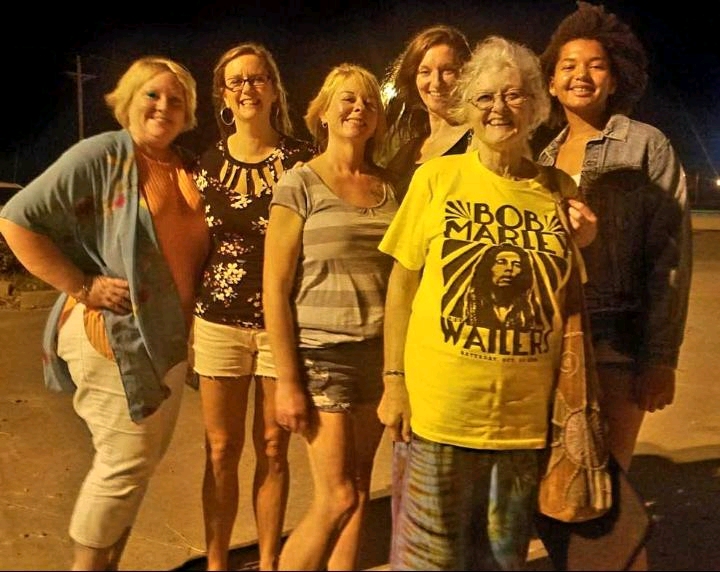 Ah yes, headed for the city and meeting the therapist. The trip down was easy enough. I never get did get the cruise control turned on, but it was probably best that I had to monitor my speed manually. Although my daughter had programmed the GPS in my phone with the address I needed, she had failed to teach me how to input the info so I couldn't rely on that. Only once did I think I might be lost, but as it turned out I had just not gone far enough.

Short story. While I am sure the young woman was sincere enough in her approach to my needs, I won't be going back. She did validate what I had been thinking all along would be a good solution so that was worth something.

I stopped at Natural Grocers for a few items and a snack for the drive home. Glancing up as I prepared for the journey home, I was struck by the memory that just two blocks away was the exit for a sweet little tree lined blacktop that would take me all the way home. I loved being free of the noise and traffic of the highway, chose some Van Morrison from my playlists and glided south, arriving home weary, but accomplished

A nap seemed in order if I was to stay up and go listen to the band with my daughters, but that just didn't happen. Apparently the drive had wound me up quite tightly and I couldn't relax. The girls showed up mid-afternoon and we sat around and talked until about 8. Met up with other friends and one more daughter at Lucky's bar where the band was set up, but not yet playing.

The opening song was the Doobie Brothers': "Listen to the Music" and we danced a bit by the table for that one. After that it was mostly bluesy stuff, some ZZ Top and Stevie Ray Vaughn covers which weren't bad, but not dance music. Right after intermission, however, they came out with "I Shot the Sheriff" which got us all down front and dancing. And immediately following Anah and I went home.

I've been tired ever since really. Damn, sure does take it out of me to have a good time. There's a Grateful Dead cover band playing Saturday night which Erin and I had considered, but we are both thinking it's time for a rest. She is very busy with school and I'm just old. Now, if Jerry Garcia or Bob Marley would miraculously come back from the hereafter I'd be elated to be in a bed for a month after seeing them, but less than that, not worth it.

We've been getting regular rains now and everything is as green as spring. The late plantings of green beans are nearly ready for the first harvest, picked enough this morning for a lovely pot of green beans and potatoes done the old fashioned way with pork for seasoning. The husband loves them that way.

Too wet to work on the mosaic and having a hard time finding a book that grabs me though here I sit with several open. Have been doing some journalling on paper which keeps me away from here.

Sent off DNA kits for Erin, Anah, and me. I bought a ukulele which I have no idea how to play. And, have been doing some work on genealogy.

Didn't feel well all day and went back to bed this morning, a rather unheard of thing. Seem to be perking up a bit now and wanting something to eat. Thank goodness there is always something good to eat around here.