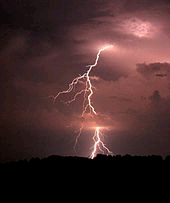 While I appreciate and enjoy the ways in which harnessed electricity makes our lives easier and more entertaining, I much prefer the wild exciting energy of raw electricity arcing across the sky during a thunderstorm. Here in the Midwest we have some amazingly beautiful lightning strikes and displays that out class the best fireworks show. And there's also that moment of waiting till the thunder comes, a brief pause and BOOM! 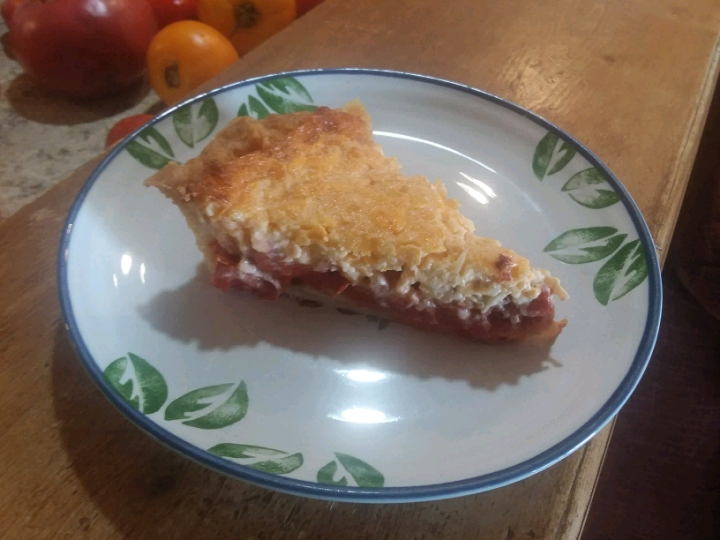 The temperatures have moderated, but still no rain of consequence. Our part of Missouri is having an "extreme drought" this year. This will be hard on the small farm people, no hay makes for an impossible winter when you have livestock. Folks are selling off their cattle herds. You can buy a bred cow for $300 at the sale barn. Last year they were bringing $2000. We have managed to keep the raised beds going and the tomatoes seem to like this weather. No rain, no weeds so I've had time to play with word prompts.

I've made a tomato pie and eaten most of it. I discovered tomato pie not so long ago and now it is the dish I can't wait to make when it's tomato time. The squash bugs killed the zucchini so that's over for this year. The husband planted more green beans since we had almost no harvest from the first ones. The French filet beans were a total bust. Weird year.

Anah weeded the brick patios for me and did a great job. I sat outside and we talked while she worked. Our times of it being "just us" are less now and it is precious to me that we had a couple of hours together.

I've turned the heel on the "ugly" socks so it won't be long now till they are finished.

Oh, and this morning I peeled and sliced half a bushel of peaches and they are resting in the freezer. Future pies.

Today, I called Ingrid and she is doing well. The extreme symptoms she was experiencing have not returned and her memory is back. Very happy that she is ok. The doctor suggested that she begin taking Aricept. I cautioned her to research it in depth for taking any. After doing said research myself I am thinking if you aren't crazy before you take it, you will be afterwards.

Finished "Based on a True Story" by Delphine de Vigan. The first hard-to-put-down book I have read in ages. Skillfully translated from French by George Miller the prose is terse and the plot tightly strung. I enjoyed the book immensely, and have ordered another by her.

Having read 3 very good novels it was difficult for me to pick up a mystery again. I tried several before settling on "Death of an Englishman" by Magdalen Nabb. This is the first in the Inspector Guarnaccia series which is set in Florence. Nabb was English by birth but fell in love with Florence and moved there with her son and used it as the setting for this popular series. I don't think it is going to be popular enough with me to order the next in the series.

I have been working on short reviews of those 3 good novels, but progress is slow.