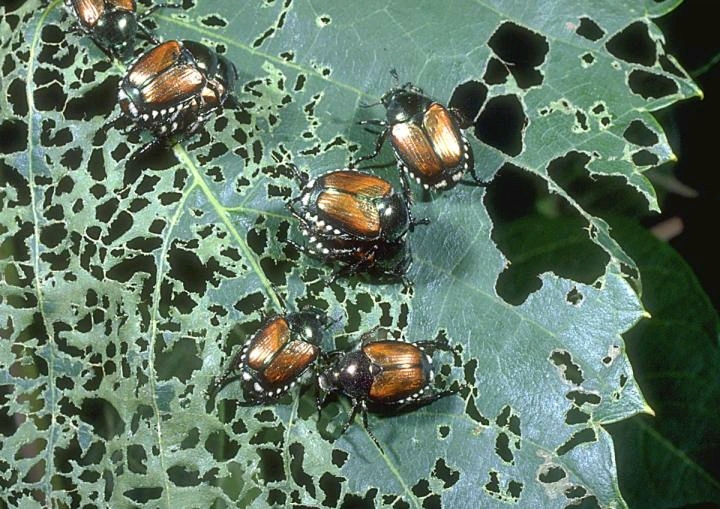 While they are not terribly unattractive, they are terribly destructive and have nearly stripped the leaves off the old Siberian Elm out by the north deck. And strewn across the area lies the detritus of their voracious  appetites:  lacy leaves and insect poop. An incredible mess and a bad influence on the ground cover underneath the mess.

I've raked and swept, but my approach is ineffectual. On the upswing, we put out pheromone traps and wow were we amazed at how quickly they filled up. Hoping that they enjoyed the rush and are under control.

The 4th went well. Whole family showed up and we had an interesting array of appetizers to eat. There was swimming and talking and a celebration of Jade's 13th birthday. Only Tai has not crossed the threshold into adolescence but it won't be long. 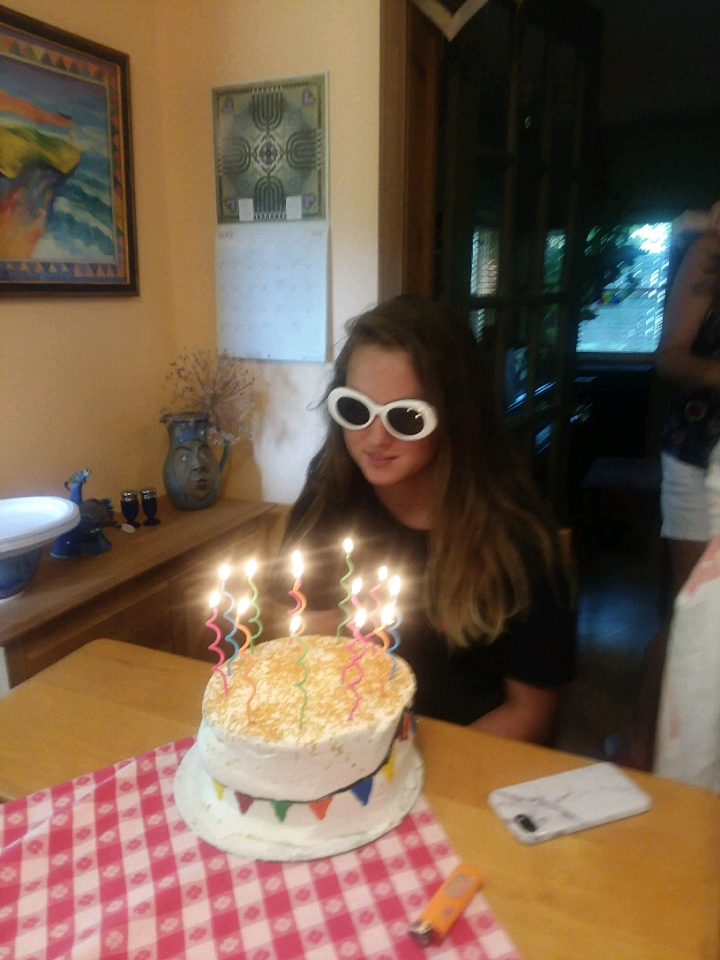 Tomorrow we are celebrating my grandson, David's 30th birthday. It is a surprise party and totally put together by his fiancee plus being held at their house, thus all I have to do is bring potato salad. My kind of party.

Harvested a number of eggplants and pulled the first planting of carrots. There is now room to plant more green beans. Also scored jalapenos and Anaheims. The husband is picking green beans. I could have picked collards but got tired so will do that tomorrow. In spite of the drought there is produce and the tomatoes look better than they have in years. 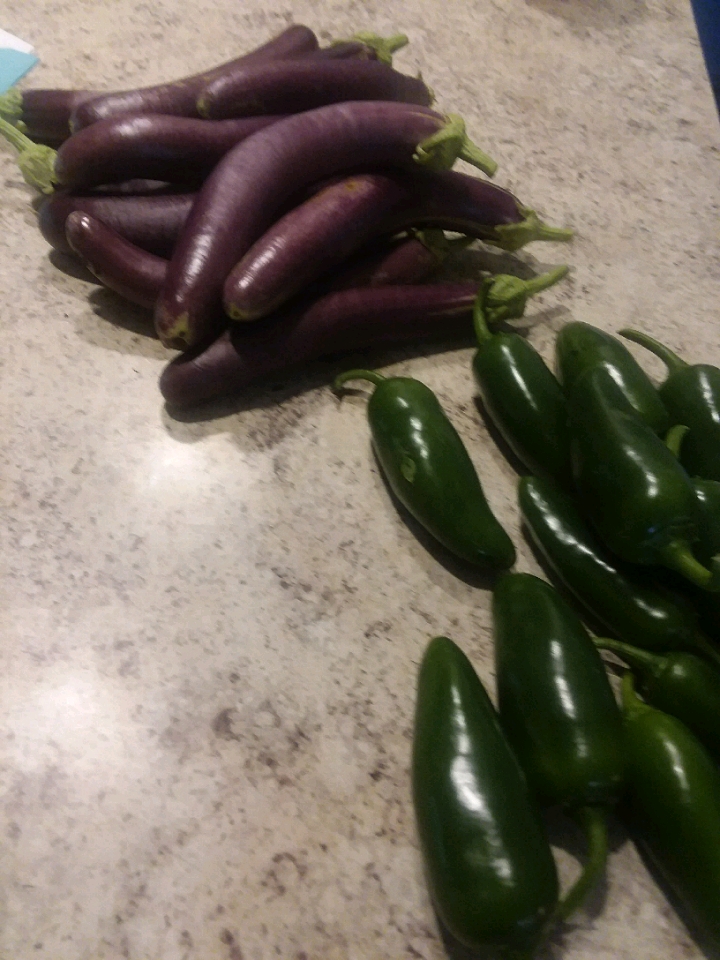 Ready to cast on the 2nd sock. Finished " Every Man Dies Alone, " and was impressed by the book, but that deserves it's own entry.