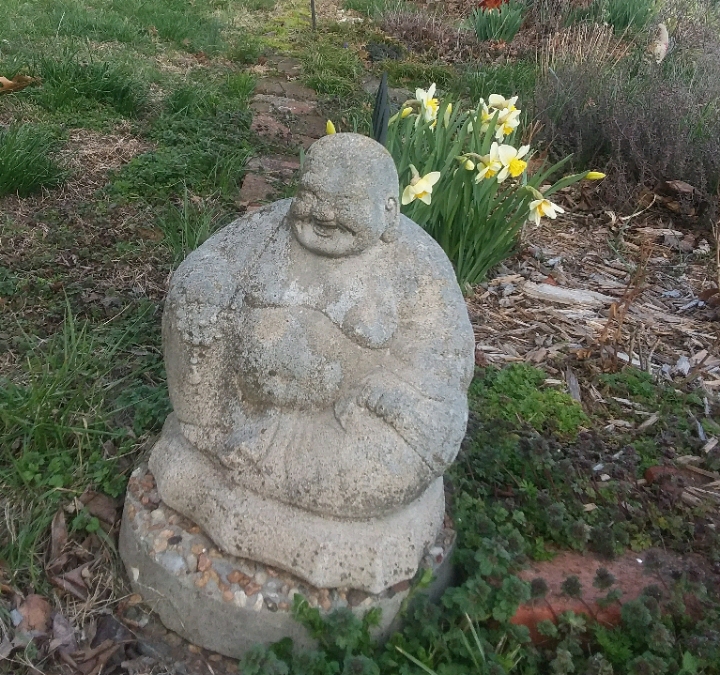 Thursday and Friday of last week were lovely, so warm that I got way too excited about clearing out a iris bed that I want to move. By Saturday I was so stiff and sore I could barely walk and felt incredibly bad in any number of ways. Spent two days lying on the couch watching old movies and documentaries about weird religious cults. This morning I did feel somewhat more like myself and so did some housekeeping chores which has turned out to be too much work, and now I'm back to sitting. Time and again I forget that it takes a lot more time to recover than it used to. Old dogs and new tricks, right?

Snowed here again on Sunday though not much. The cold weather has frozen the daffodils and they are all hanging their heads as if in shame. The spinach is holding it's own at least, but the greens have not yet sprouted. I'd go out and check, but even though it's sunny, still cold and very windy. The hyacinths are blooming and I saw some violets on the two days of spring. Grateful that the fruit trees have good sense and are keeping their blossoms tucked under the covers. 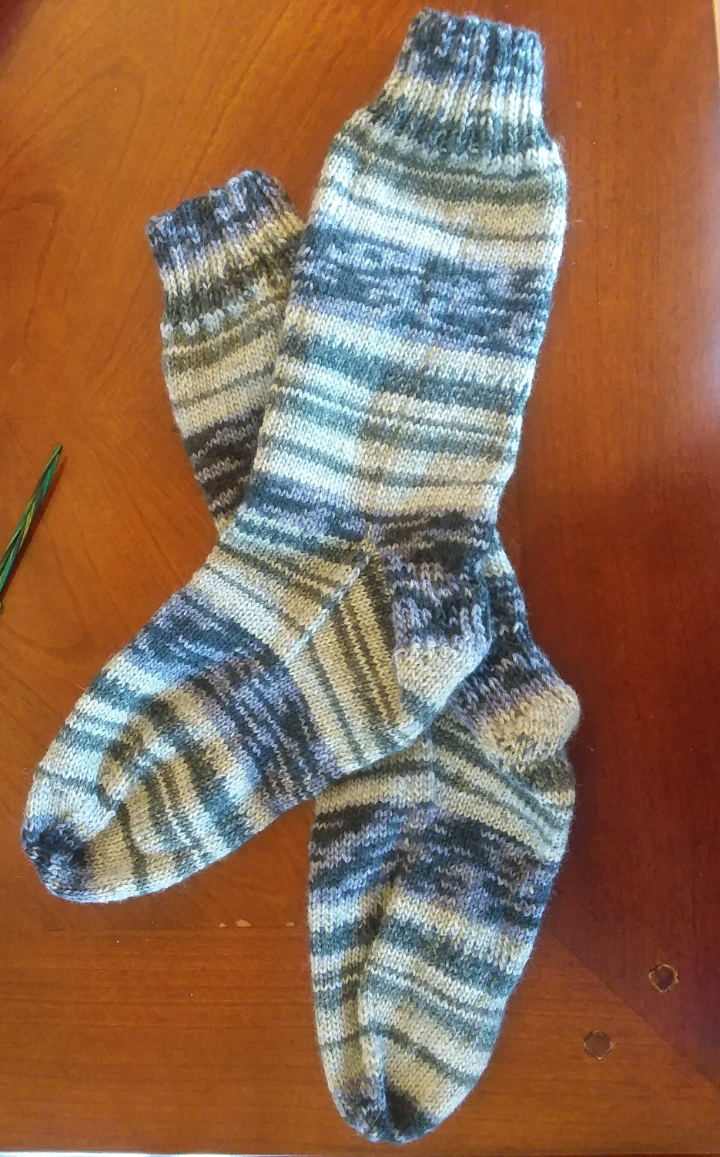 I did complete the socks I've been knitting on forever and will give them to number 4 daughter whose birthday is coming up soon. Got out an old project, an afghan of squares made from sock yarn. Hoping my brain will wake up and I can figure out how to get started on it again.

Decided to read "Paris Without End," the true story of Hemingway's first wife along with "The Paris Wife," the fictionalized version of her story. Fun comparing the novel and the "real deal." I have to give Hadley credit for her strength and tenacity in staying married to old Hem, he sure could be a asshole.

Thought I might have more to say, but being ill seems to have robbed me of time and words. I am also singularly lacking in creative ambition which is annoying, but as all things do, this will pass.

The forecast for the week ahead is not a disaster, temps predicted near 60, but lesson learned for the moment and I'll stick to easier tasks than the last I attempted.