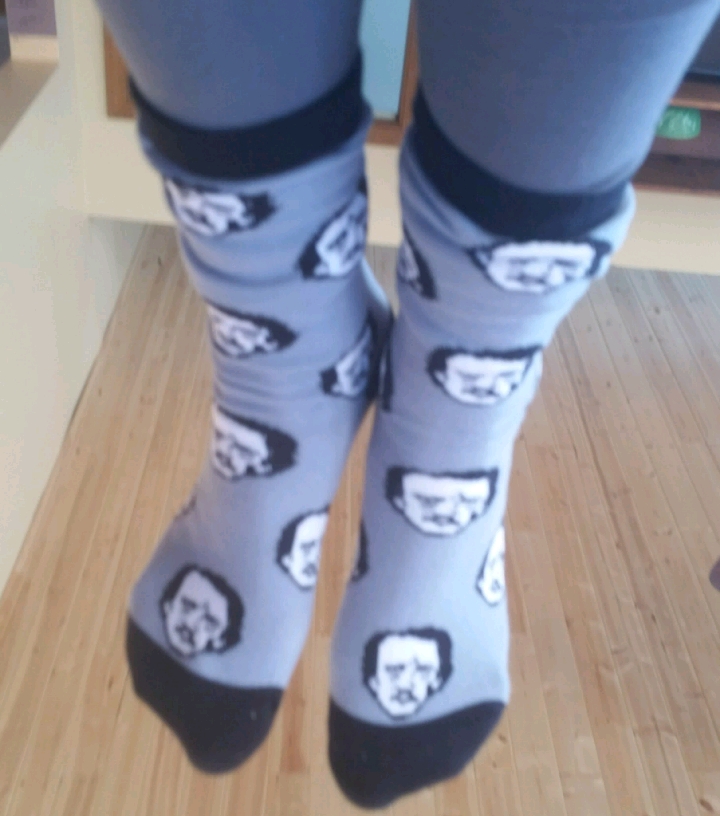 Got mired down in family history once I accessed the ancestry site and added some information and pictures to my tree. Took some notes for further biographical posts.

Dug around in the antique trunk and got tangled up in memories and old pictures. Danced with the resulting emotions for a while. Took more notes.

One day turned out to be springlike so now the mustard is planted and many of the acorns are raked from the front yard. This morning I got out there early and loaded the piles I had made into containers for the husband to move later. Temps dropped fast as predicted, now it's back down in the 30's.

Went to the only home track meet last night to watch Anah and Trent. Anah throw shot put and Trent runs hurdles. Anah came in out midway which is usual, not good enough for her, but not much is. We were just in time for the starting gun in Trent's event and he was in 2nd pulling up for first when he stopped short at the last jump and grabbed his hip. He may be out for the season. Erin is taking him to see a doctor today. I await the results. I'm not a fan of high school sports. Coaches, ever eager for a win, push kids way too hard and there are many injuries.

My nephew threw gasoline on a fire he thought was out, thought being the operative word. The plastic gas can he was holding blew up and his arm is burned from wrist to elbow. Burn care center was positive about his recovery and I talked to him today and he says he is doing well.

Starting reading, The Paris Wife and am liking it so far, not far enough to give it a rave review.

Wasn't going to order any paper prints of pictures for 2017, but after watching my girls have a really great time looking at old pictures, I did. Ordered from Amazon this time. Usually use Snapfish. I'm not seeing a huge difference in quality. Neither of them are great prints and both managed to screw up a few pics out of every order. Snapfish often has penny prints which is a cheaper so may go back to them. Prints never seem to be in chronological order so have working to get them that way.