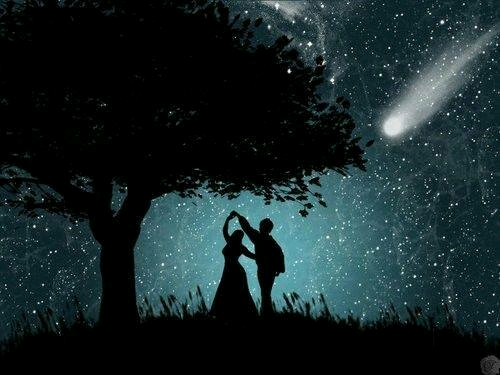 I have a lot of dreams and I remember many of them. Some are nice, some are scary, but last night I dreamed about my long dead (50 yrs ) husband which was just plain weird. Not frightening, actually quite pleasant. I dont remember how we encountered each other. What impressed me most was that he was whole again, somehow healed from the burns that covered his body after a fiery car crash. So unlike the early years when I would have nightmares in which he came to me looking as he had when he left home the day of his death and then would remove his mask to reveal how I saw him last charred and swollen, a monster not a man.

He was still 26, vital, handsome, and it felt so good to be with him. Yet I kept looking everywhere for our daughter because I so wanted him to meet her since his death preceded her birth. But, I couldn't find her. He gave me a book detailing all the procedures that had been used to put him back together again.  I was looking at the book when I awoke. This dream has stayed with me all day which is also weird.

The relationship was short, only 4 months and truly I don't consciously think of him often, if at all,  though I carry the scars of that tragedy in each of my anxious moments.  I used to keep a dream journal and was good at interpretation. But, that also was long ago and I can't fathom what last night's dream might signify.

Oddly enough, the daymare I had earlier yesterday included husband #1. If they proceed in order, tonight could be husband #3. Hopeful that doesn't happen as he doesn't show up in my dreams either and frankly was a scary dude sometimes. He is also dead. Of course, by the time you reach your 7th decade a lot of friends and lovers are gone.

I know some of you might have an idea what last night's dream might have meant and I welcome all ideas.

For the moment I'm hanging onto to thinking that he was healthy, happy, and at peace and that he wants that for me as well.