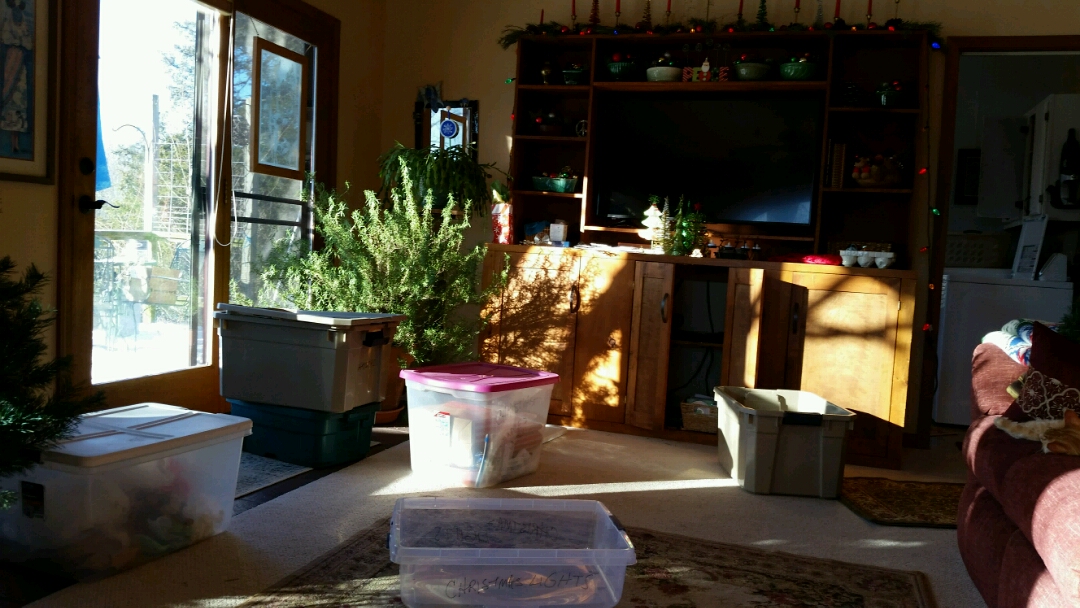 For me the end of the holiday season always carries with it some sadness. I don't even know why it makes me sad it's just kind of a let down after spending the whole month of December getting ready for something that lasts really only a single day. So I'm slowly taking down the decorations. I really like the ones on the Great Wazoo/entertainment center  and may leave them for a while. I'm tired of having the lights on at night and too lazy to turn them off so they're coming down.

Yesterday Anah was very good about keeping in touch with me via text and sending me pictures of their trip to Florida. They spent the night in Nashville and a little stop over at Paducah to see some huge mural by which Anah had her picture taken. Me being me, I'm having a few regretful thoughts about not going since it's like 0 degrees here. But, I really did think that I would probably cramp their style and I sure didn't want to be sitting in the car listening to rap music. It's just a bad habit of second-guessing myself. 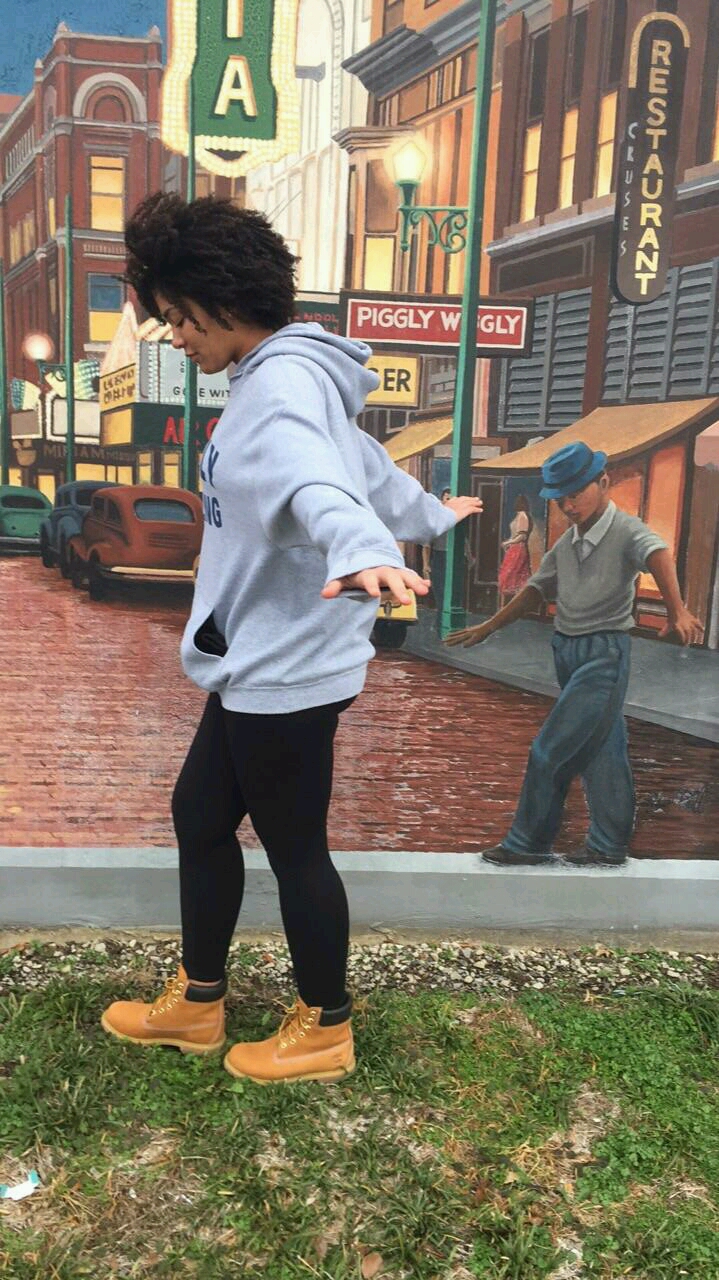 Before I pack anything else up I am going to touch up all the dings and scratches  on the old nativity set. Way back when I was into doing ceramics, yes ceramics, husband and I painted what turned out to be a really nice nativity scene though either one of us is Christian. But the years have been rough on it and as I think I posted earlier one of the camels lost its head and the others have all been broken off at one time or another in the cracks need mending so that comes next.

I am really enjoying the sketching and many thanks to

gracegiver for turning me on to it and to the other LG users who post black and white pictures. 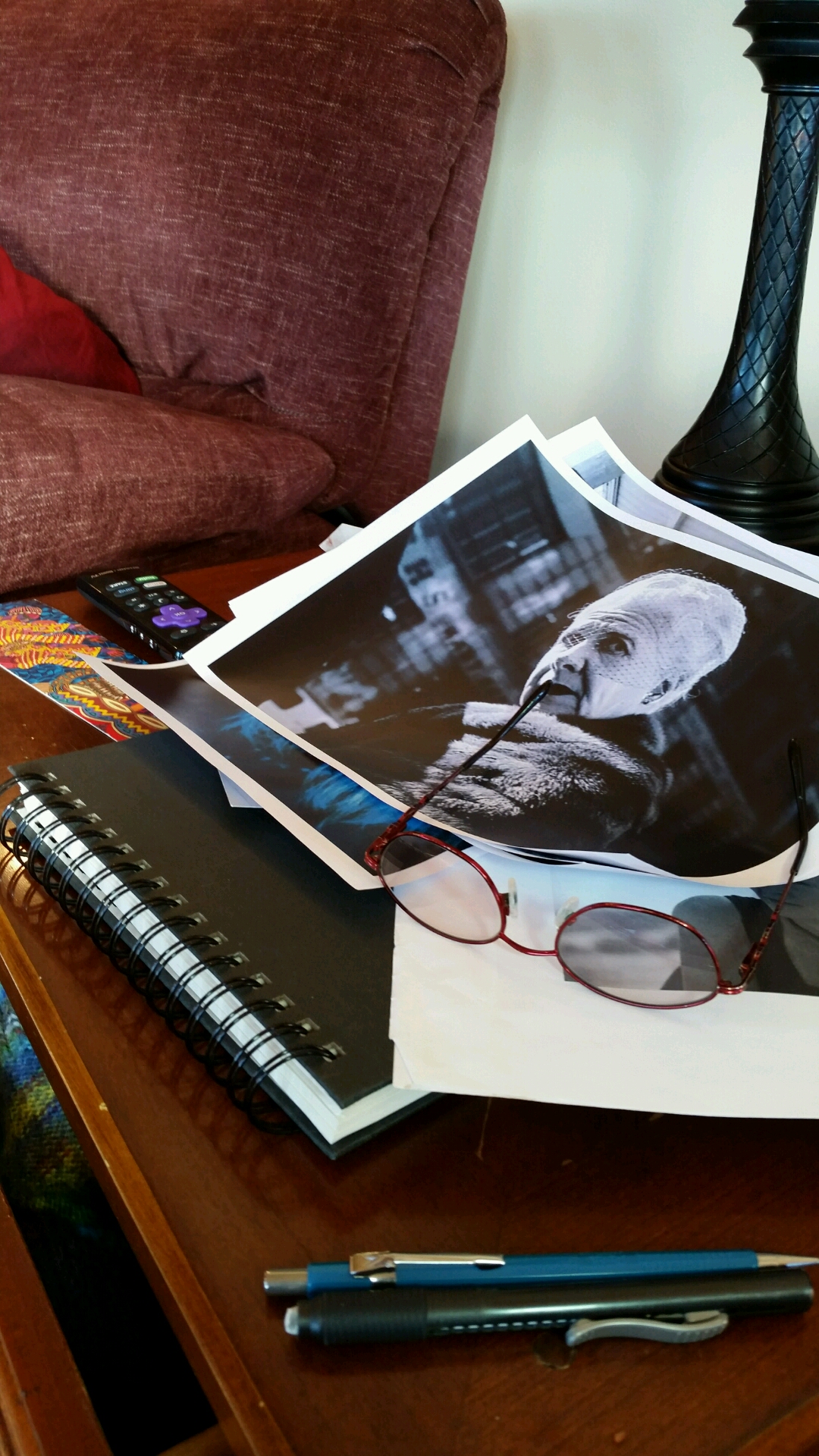 That's it for now because if I don't get started I'll never get anything else done except sitting here and playing with this silly device.