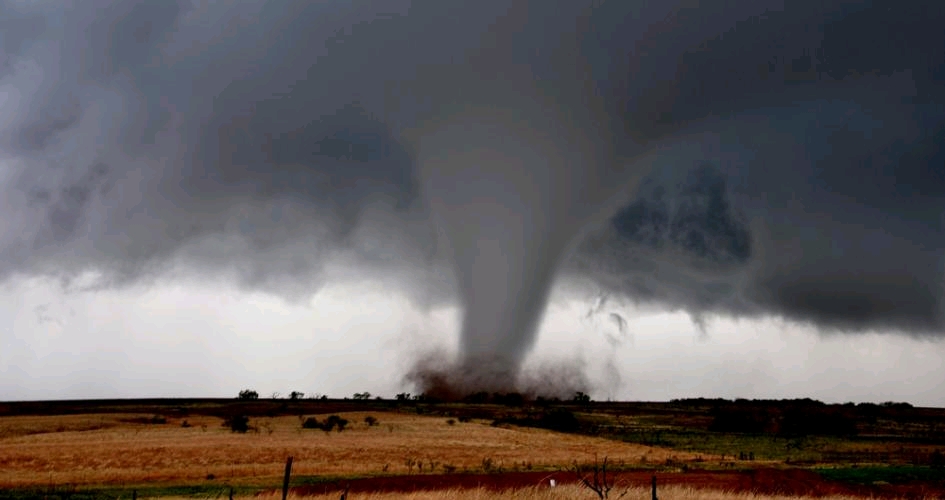 Got the call about 6:30 p.m., Erin headed to the ER with Anah who was lightheaded,having  difficulty  breathing, and accelerated heart rate. Fright enveloped me and I threw on my clothes and headed for the car. By the time I was backing out of the driveway,  got a text saying, "Don't come, she's ok." Diagnosis- panic attack with hyperventilation. Yesterday was the 1 month anniversary of Eli's death, perfect trigger. Not the first time she's had a PA, but one of the worst. Because they are one of my personal curses, I feel extra bad for the kid,  knowing how horrible it feels. On the brighter side at least I've learned some coping techniques through the years that I can pass on, but I sure wish she had not inherited my propensity for anxiety.

Their trip to the hospital coincided with the end of a fierce thunderstorm complete with lightening, thunder and as we soon found out tornadoes. Tornadoes touched down in a small town just a few miles away and destroyed at least one historical building and then blew north to another small town taking out a trailer and damaging residences. Thankfully only one injury requiring hospital care and that was an ankle. About 10 years ago in the same village a number of folks perished. Power was out in over 600 residences in the larger town about a mile away.

Grateful that Anah is ok and that no one was badly hurt by the winds.

Wondering WTF is going on with the weather and hoping it's just a cycle and not a foreshadowing of worse to come.