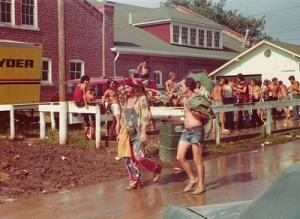 July, 1974 was the most intensely hot part of a very steamy summer in Missouri, but it didn't stop 1,000's of music lovers from attending the Ozark Music Festival in Sedalia, MO. The lineup was sensational,tickets were cheap and it was only 90 miles away and so a couple of my friends and I loaded up the old Chevy and took off for what proved to be one of the most memorable experiences in all of my concert going. We camped near some guys who were traveling from the East Coast to the West and I rather quickly fell "in love" with the one with the beautiful long black hair (I was a fool for hair in those days) and we spent 3 days of sex, love, and rock n' roll. I will never forget him, though we lost touch many years ago.

The concert became shrouded in mystery over the years as it was such an embarrassment to the people of Sedalia, the Fair Board (Sedalia is home to the MO State Fair) and the state officials that all information was hushed, videos confiscated and news coverage limited. These days there's a FB group with many members who attended and a documentary in progress as well, so maybe at last it will take it's place among the other huge outdoor events like Woodstock, Altamont etc.

Widely advertised on late night rock stations by the late "Wolfman Jack", the event drew in folks from across the country. By the second day, the fence was down and hippies poured into the fairgrounds. Drugs were out in the open, all kinds. Bikers rode naked with their "old ladies" on the back of their hogs. Total decadence. My mother, who was watching, my kids caught a clip on TV and when, after standing in line for over an hour, got to call her; she was incredulous and horrified, don't think she ever got over that. They fairgrounds were trashed. My friend and I scored a whole lot of clothes and jewelry when we scavenged the area before leaving. Crazy.. wild...oh to be young and free once again. 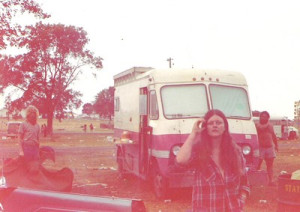 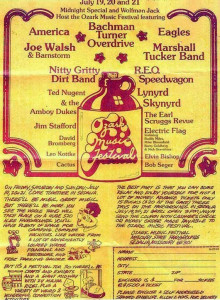 Though I only made it to one of Willie Nelson's Farm Aid Concert, in 1993 I was Ames, Iowa. On a whim my sister-in-law and I decided we couldn't pass it up and the music was as great music is, glorious, inspiring, and unforgettable. 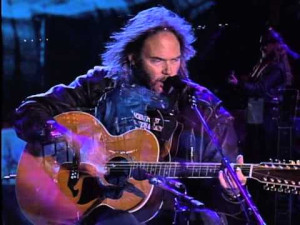 I am truly pleased to have finished this project. I may remember more and will stick them in here and there, or this may stand as the list so far. Certainly, some of the musicians listed are obscure, some long dead, while others are still touring. Tuning to any classic rock station will surely bring up any number of the bands I've listed. Though there are no more "big" events in my future, every year I do try to see at least one of the Marley Brothers as reggae as become of the music of my heart and soul. 2017 it was Wisconsin, where will I find them in '18?

Just talked to an old friend yesterday and we reminisced on the great joy and luck of living in the times we did. Maybe all old people think that's so. I know it to be true. There will never be music of the like that was created and played by my generation.
Collapse