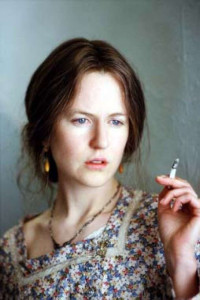 I am glad that I rewatched "The Hours." My first viewing of the movie when it was released in 2002 found it to be just OK, but now that I have read "Mrs. Dalloway" twice more, many reviews and other articles and really paid attention, I truly enjoyed and understood the movie.

It proved to be an Oscar win for Nicole Kidman as best actress in her portrayal of Virginia Woolf though many Woolf scholars were horrified by both the book from which the movie was made and the film. And some like one, but not the other, while a few even enjoyed both.

But, for me, with a cast that included Meryl Streep, Kidman, Julianne Moore, and Ed Harris, the movie was worth the time it took to watch.

Apparently those same Woolf scholars who disliked book and movie were most dismayed that Virginia is played as quite frail and mentally unstable, an image that current biographers are trying to dispel. No one denies that she had psychological issues, but they didn't stop her from being an amazingly innovative and productive writer. 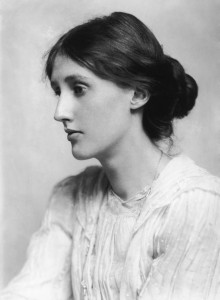 I got a kick out of one article which focused on the prosthetic nose that transformed the gorgeous Kidman into a very believable Woolf look alike. The movie Virginia is really a bit plain and very badly dressed too. Portraying her in that way is disparaging as Virginia Woolf was considered a great beauty in her day. And, it is misleading that it shows her drowning herself apparently after just completing "Mrs. Dalloway," when, in fact, it was written more than twenty years before her death.

The movie has three storylines which occur in three different time frames, all tied together by the common theme of suicide. And, in each, "Mrs. Dalloway" is readily apparent. Julianne Moore's character is reading the book, Meryl Streep is named Clarissa, and all the while there is Kidman as Woolf writing the book.

Having always felt a kinship with Virginia Woolf, I am now increasingly interested in her life and in reading more of her books. Plus, I ordered a copy of "The Hours" just because.
Collapse