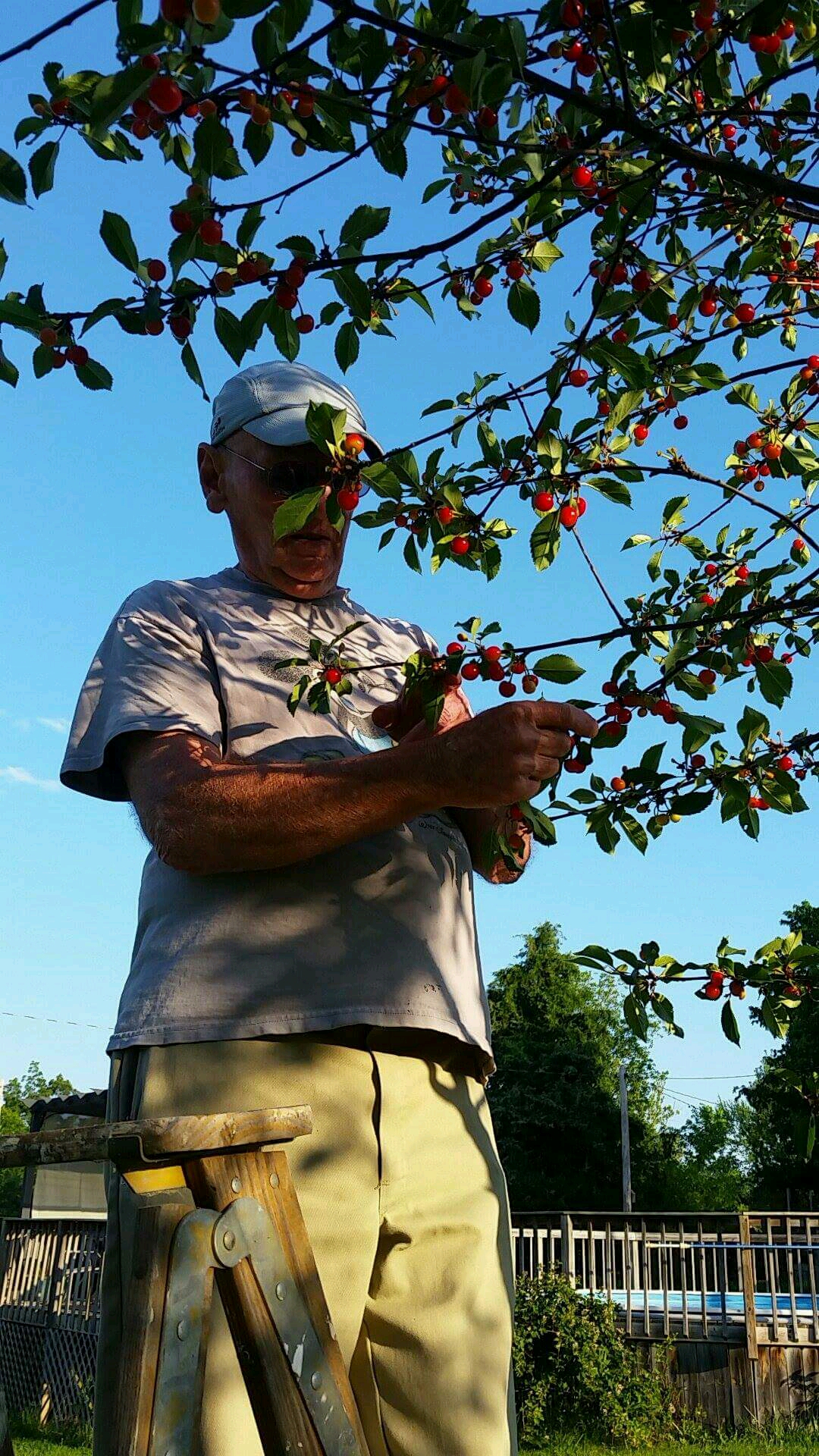 Been picking cherries, pitting cherries, freezing cherries, making cherry pies for the last 5 days. And, there are still cherries at the top of the tree, too high for me even with a ladder and the husband seems disinclined to pick more. We have plenty for lots of cherry pies in the winter. After picking cherries, comes picking peas, not so many of those this season. They are coming on very late and sparsely.

Husband and sil built yet another raised bed and then moved the strawberry plants from the front garden into the bed. Hoping this project is a success as I'm in agreement with the husband who said, "I'm never again going to crawl around in the mud on my hands and knees to pick fucking strawberries."

Gift from the Universe, a whole bunch of heirloom pole beans reseeded and are now climbing towards the heavens though not yet in bloom.

After nearly a year, got one of the stepping stones installed in the path to the bottle garden. Since I couldn't pick it up, I rolled it over to the path and now have a sturdy place to step to when coming down the west deck stairs.

Gardening will slow down as already it's dry, next thing to pick will be green beans which are in the really tall raised bed and will be easy. Again, I'm grateful for the water line to the pond and the pump that brings it uphill to us. Never realized 40 years when we bought this place how big a part the pond water would play in our lives.

Kids had a good time in Mexico. Everyone got sunburned, but only Lainey peeled. They had a irritating long day to get home with delayed planes and such, but even though later than planned, they are home - big appreciation! 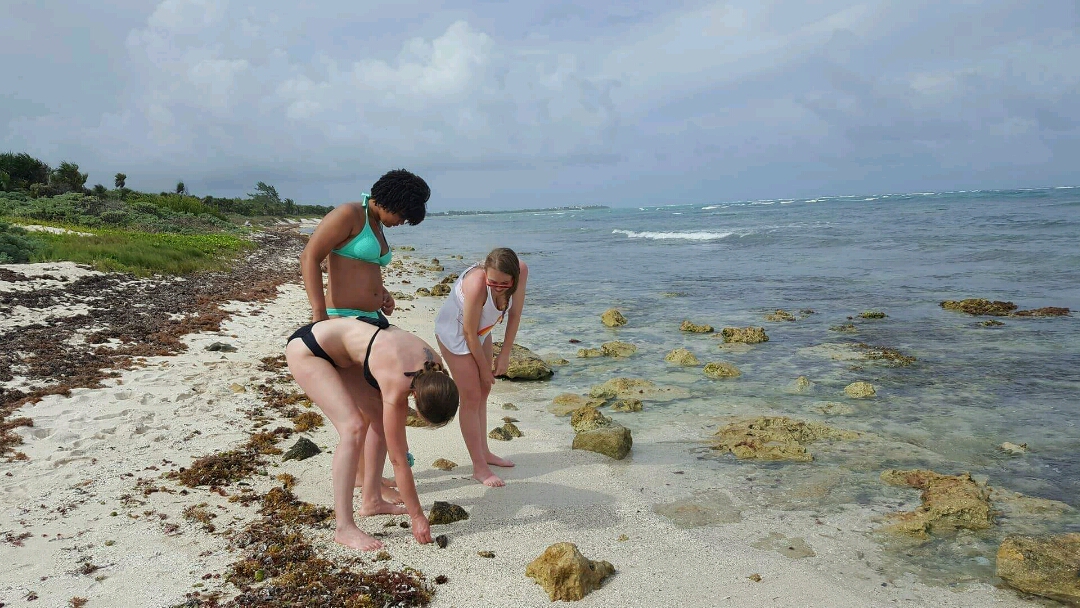 I've finally gotten into the waistband for the sweater, a series of Celtic Cables and I've completed 2 sets out of 7. May be the sweater that took a year to knit, but it's underway. Long time habit - pick something complicated. I do keep a sock on the needles for mindless knitting. 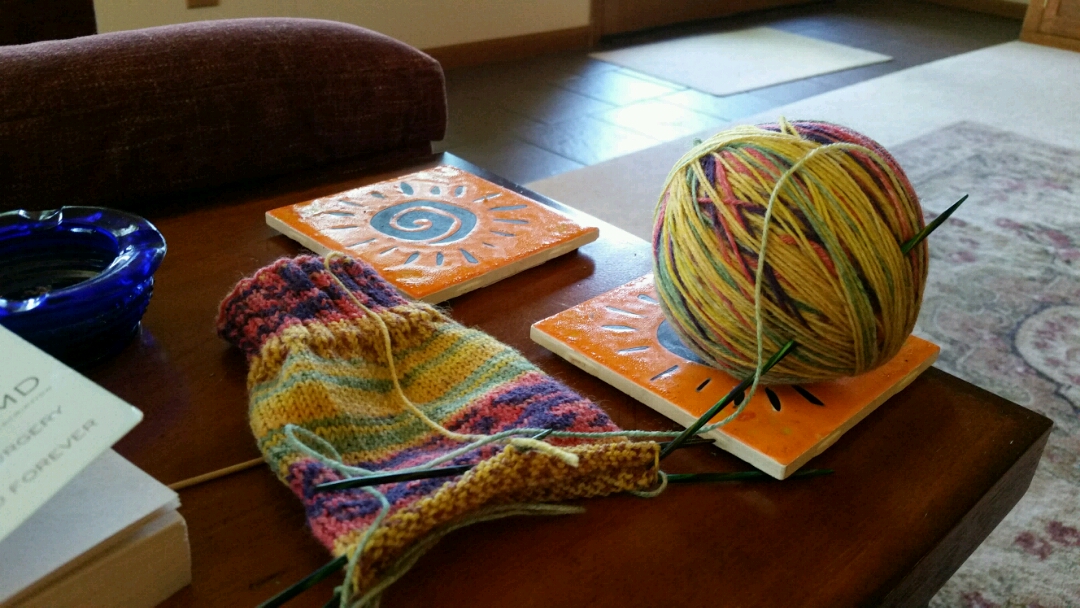 Have a Mississippi roast in the crock pot and adding Potatoes Romanov to go with. I'd really like to take a nap or float in the pool. Totally uninspired to work today, but edgy. Sunshine might just be a good idea, then I'll definitely want to nap.

I'm almost finished with the Inspector Morse series, a bit left in the one I'm currently reading, and then the last one. I will really miss him. Both Netflix and Amazon no longer have the series which is disappointing. Perhaps I'll switch to nonfiction, have several biographies on the shelves, untouched, unloved as yet.