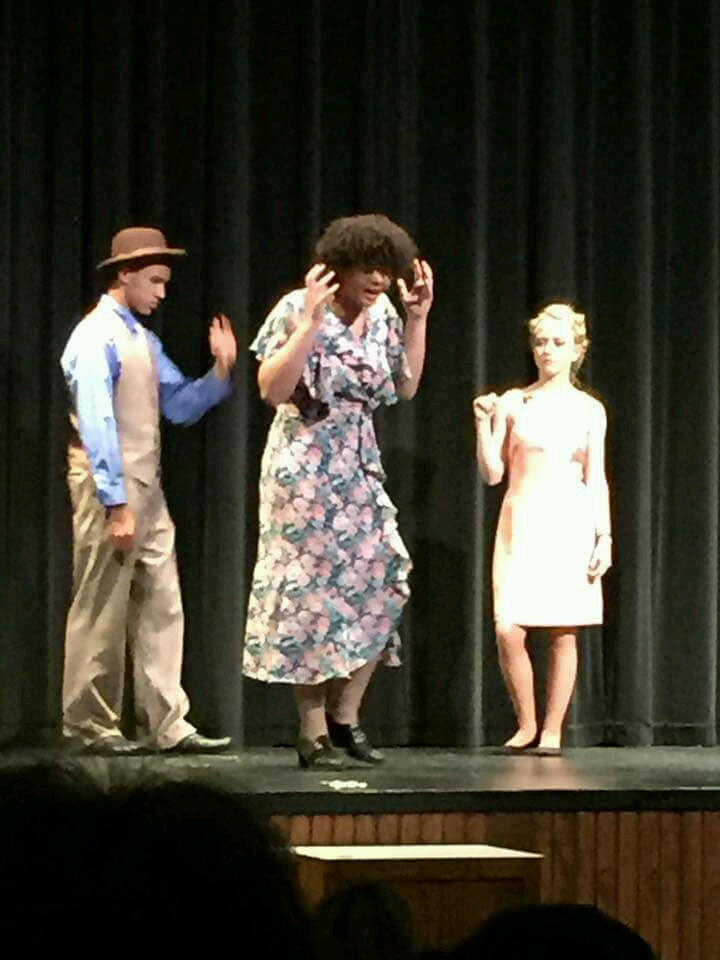 She was handily the star of the show outshining Annie and the rest of the cast and I'm not just saying that because I'm her Mooma. She has a real talent for the stage, an excellent voice that carries well and great body language and facial expression as well. I couldn't have been more proud of her. Even when someone else missed a cue she could improv like a pro.

And, oh my did she look beautiful in makeup. She most often dresses like a boy, never wears makeup and wears clothes that are loose and don't define her gorgeous figure. This is good, I think, for the moment as she's only 14. But, when she was dressed up as Miss Hannigan, in stage makeup and body hugging dress, she looked about 20 and was such a knock out. 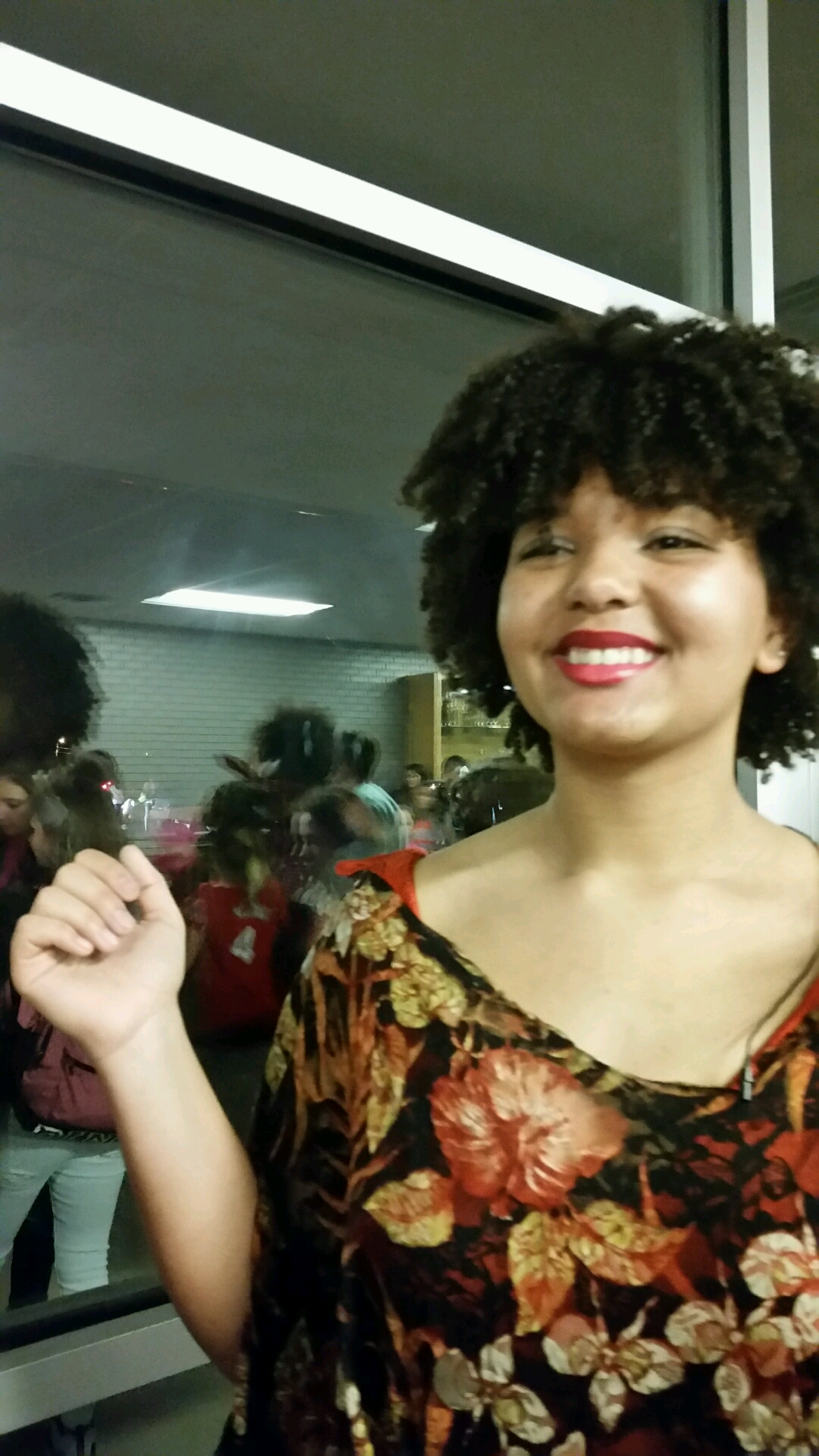 I missed the second performance because I had gone to my grandson's karate match earlier that day and sat in a hard seat which made my back hurt and was very tired from some earlier family drama. Had planned to be there in spite of the pain, but on of the other daughters made a snide comment about me going twice to see Anah and not making it some of the other grandchildren's functions at all. She was especially, of course, uptight about her own daughter. What can I say? I don't drive at night and it takes an hour to get to where they live and if I don't have a ride I don't go. But, rather than make a touchy situation even worse, I opted out of Saturday's performance. Anah didn't mind. She had a blast and there was even an after play party, so it's all good. 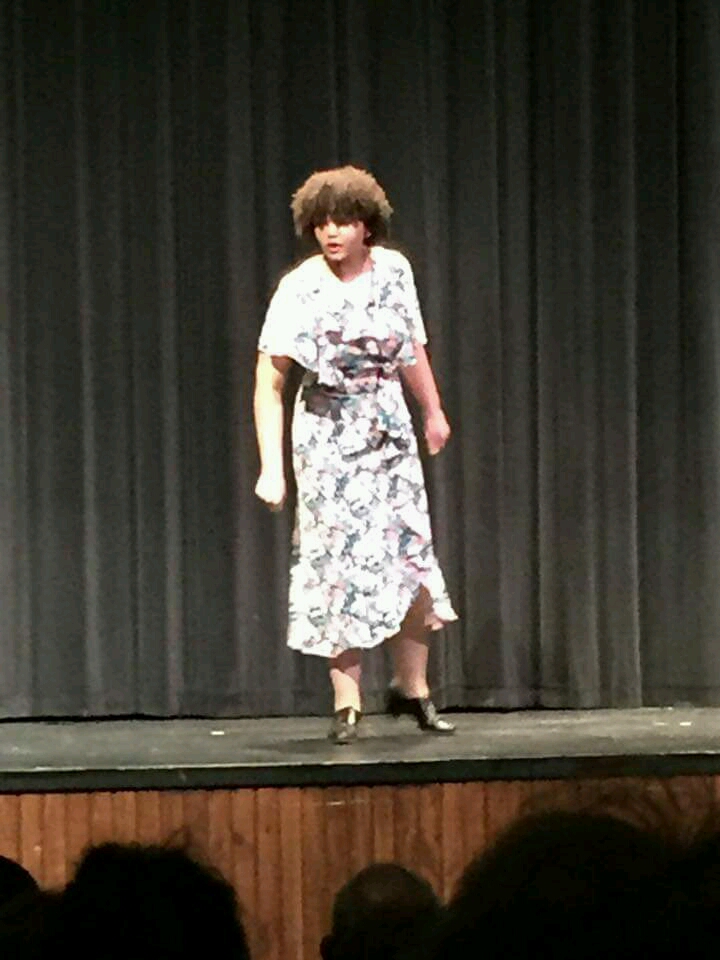 I hope that she continues next year in high school drama class as she has quite a flair for performance art. Heck, she's just awesome all the way around, so much talent and a brilliant mind as well. And, I'll even admit she's my favorite. After all, she lived with us till she was 5, I cut the cord when she was born and we have a special bond.

Of course, the play was the big thing for the weekend. Several of us went out to eat before we went to the school and that was fun, though as is usual in the small town near where I live the food was highly unspectacular.

Saturday found us at the local community college where Tai, grandson age 10 was competing in a karate competition. He garnered a couple of ribbons.

I was already worn out from trying to help my brother through his post op pain and anxiety. He called no less than three times every day, mostly to scream at the top of his lungs, damning the doctor, the pain, the inconvenience. Finally I reached my limit and as he started in on his condemnation of all things, I said, "If you have called to damn the doctor, I simply don't have the energy to listen. And, he hung up on me. This gained me two days of telephone silence until last night when he called and quite meekly apologized for his behavior. He has an appointment tonight at 6 so am hoping they will give him something for the pain and also hoping that he doesn't get into an altercation with the doctor, who I must say is pretty much a jerk on any given day.

By yesterday we were all tired and laid around doing nothing much. Finally the form arrived for Erin's counter top for the island and they poured it on Friday. Her kitchen was unusable and so she came down here and cooked. We had a lovely breakfast, asparagus frittata for the adults and the kids wanted biscuits and gravy. I made real biscuits for the first time in ages and amazingly enough they turned out not too bad.

Joe and I attended the visitation for an old friend's mother on Sunday afternoon. Saw a lot of people from the way back and felt pretty good about holding up a whole lot better than many of them. Was rather amazed at the casket. It was bright red and in the lining of the top was an applique of the St. Louis Cardinals. She must have been a big fan. An old schoolmate reeled off a list of other old women who had recently passed and been buried in the same casket. Now I wonder if these are available for other teams? At least it wasn't terribly depressing as she had lived a long, productive life and had been suffering for some time.

Got in some outside work yesterday, started on the area around the birdbath as the alliums are about to bloom and I'd like to be able to see them instead of the weeds. Though I did vow to rest today, it's really lovely outside and I'd like to get out there and dig up a whole bunch of day lilies that are taking over the bed, and Erin can use them to line her driveway.

Joe planted some more heirloom tomatoes, Cherokee Purple, Mr. Stripey and today is going in search of some more. Also still need to put in peppers, squash and a couple of eggplants. The red lettuce has sprouted, but the Bibb has not come up, so I'm thinking that the seed may be too old. Rain would sure be nice.

This morning enjoying watching the Goldfinches who have now turned gold and are all over the feeder.