Long ago though not far away, someone gave me an aloe start. Just in case my children or grandchildren ever read this journal I've decided to start sticking in oddments, just bits of life here at Shady Grove. Plants inside and out are a huge part of that life. I spend time with the plants, and they reward me in many ways, cleaner air is a big one. I just read that it is good to have an aloe in your bedroom to suck up the carbon dioxide released during sleep. Don't know if that's valid or not and cannot test it out as my bedroom is on the north side of the house and has only enough light for maybe a sanseveria or philodendran, neither of which do I have in there.

But, I digress, as I often do. This post is meant to focus on the small aloe start and how it has reproduced so prolifically. Every spring I divide it into many little starts and take the biggest one out and give it a pot of it own. It has reached great heights.Already there are many "babies" coming up around the base. Very hard to get a good picture, maybe I'll replace it later when the sun moves on. 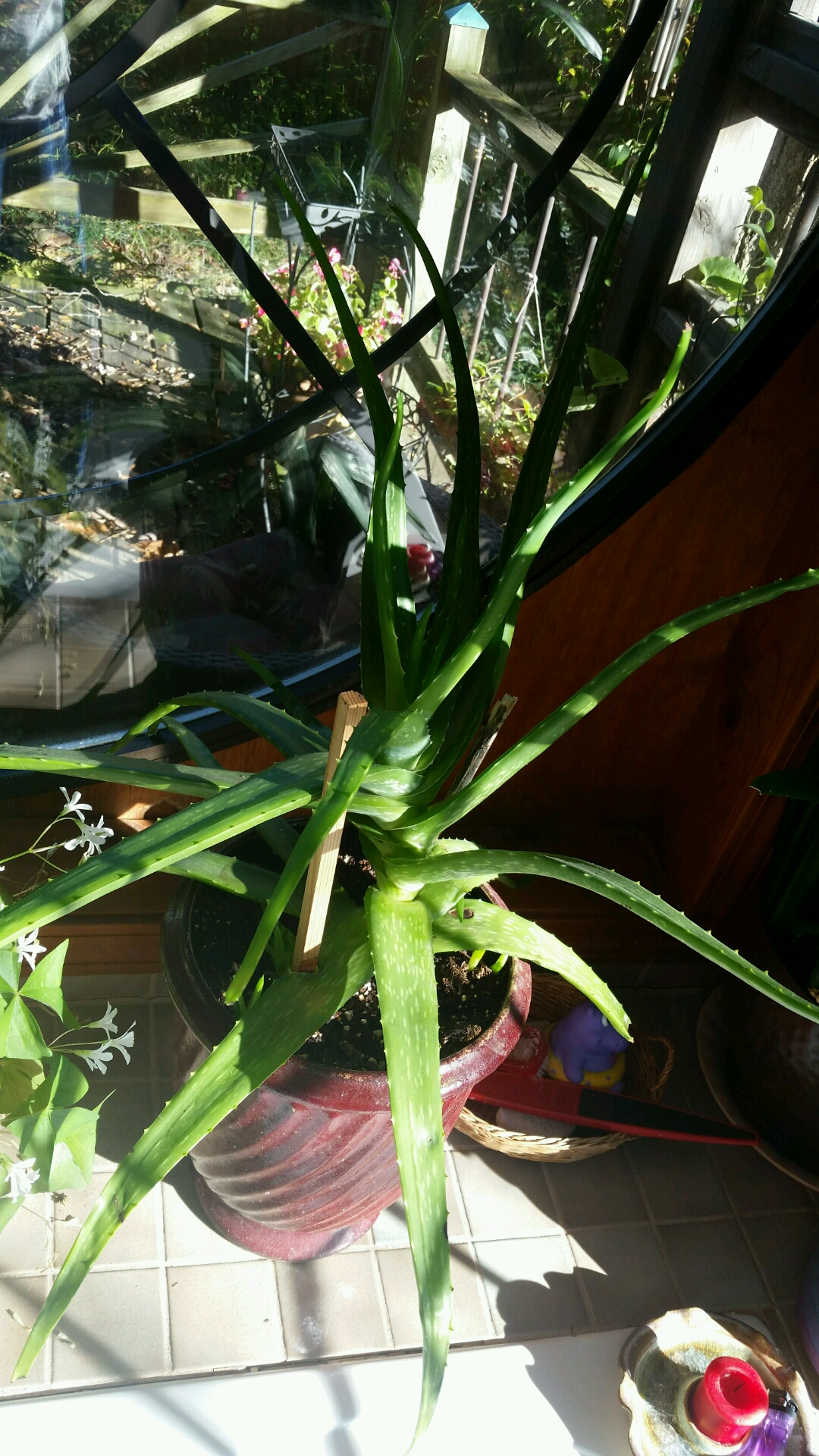 I probably should have split this pot into smaller ones, but I wasn't feeling it when I brought it in so it is spilling out of it's pot. 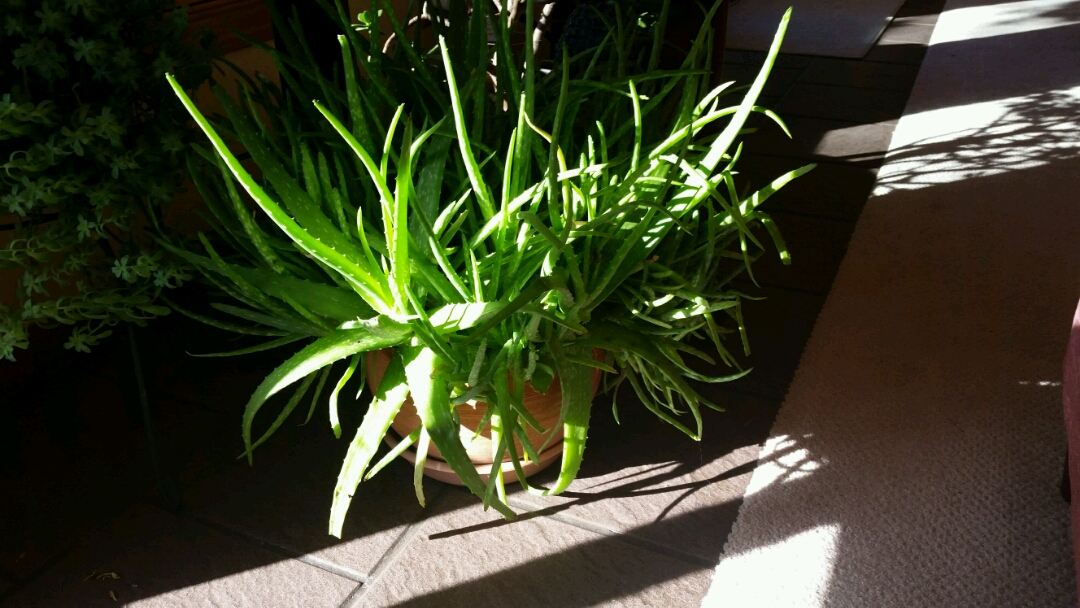 When Erin came she brought her plants among them, offspring of the long lineage of aloe plants in our family. It's doing well in the bathroom. 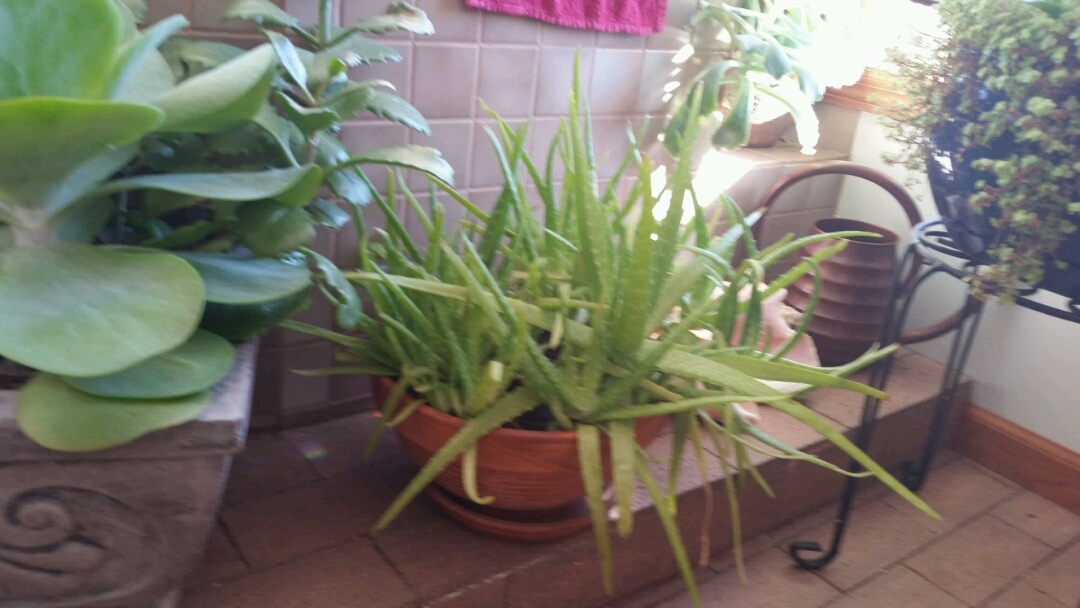 I have friends who name their plants, but I only have one and he came to me with a name, George, the night blooming cereus who has never bloomed for me, but George has a story of his own and that's for another time.