As scheduled on Tuesday evening my youngest daughter, her daughter, and I headed out to Lawrence, KS to the Granada Theater. We drove 2 1/2 hours to see Stephen Marley, 2nd son of Robert Nesta Marley,  perform. It is Anah's very first concert ever.

The venue was very cool, an old movie theater, art Deco and small. The lovely young man at the front door got me a chair and the kids sought out a place close to the stage.  My seat was great, situated about 4 ft above the main dance floor. I could see well amend after I decided the bass wasn't going to give me heart attack,  I settled in to enjoy some reggae by one of its masters.

I wasn't disappointed.  Even though he's near 50, Stephen can still jump. He played a number if his father's songs and I was up and moving. What fun, what freedom...dancing

At times I would catch some glimpse and see that Erin and Anah were dancing.  They are still young enough to jump too.

I love how seeing a  Marley performance is a family experience. Two of Stephen's sons performed with their father and an uncle was the drummer. It was beautiful to see my girls dancing together. And the band was very open, inviting everyone back to the bus for pictures. Erin and Anah got a pic. I waited in the car, reveling in the knowledge that I did it. I really went to a concert again, and resting my tired butt.

And the day after, I was tired, but not exhausted. I was not in horrible pain. I believe I am healing from the SI injury of about two years ago. I am amazed and grateful to have been blessed in this way. 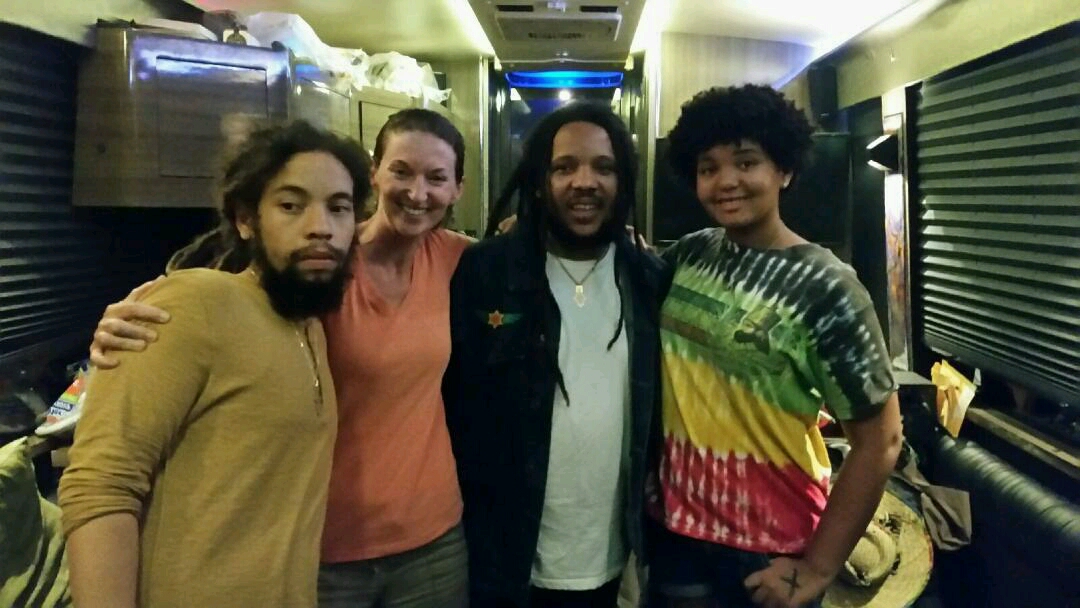 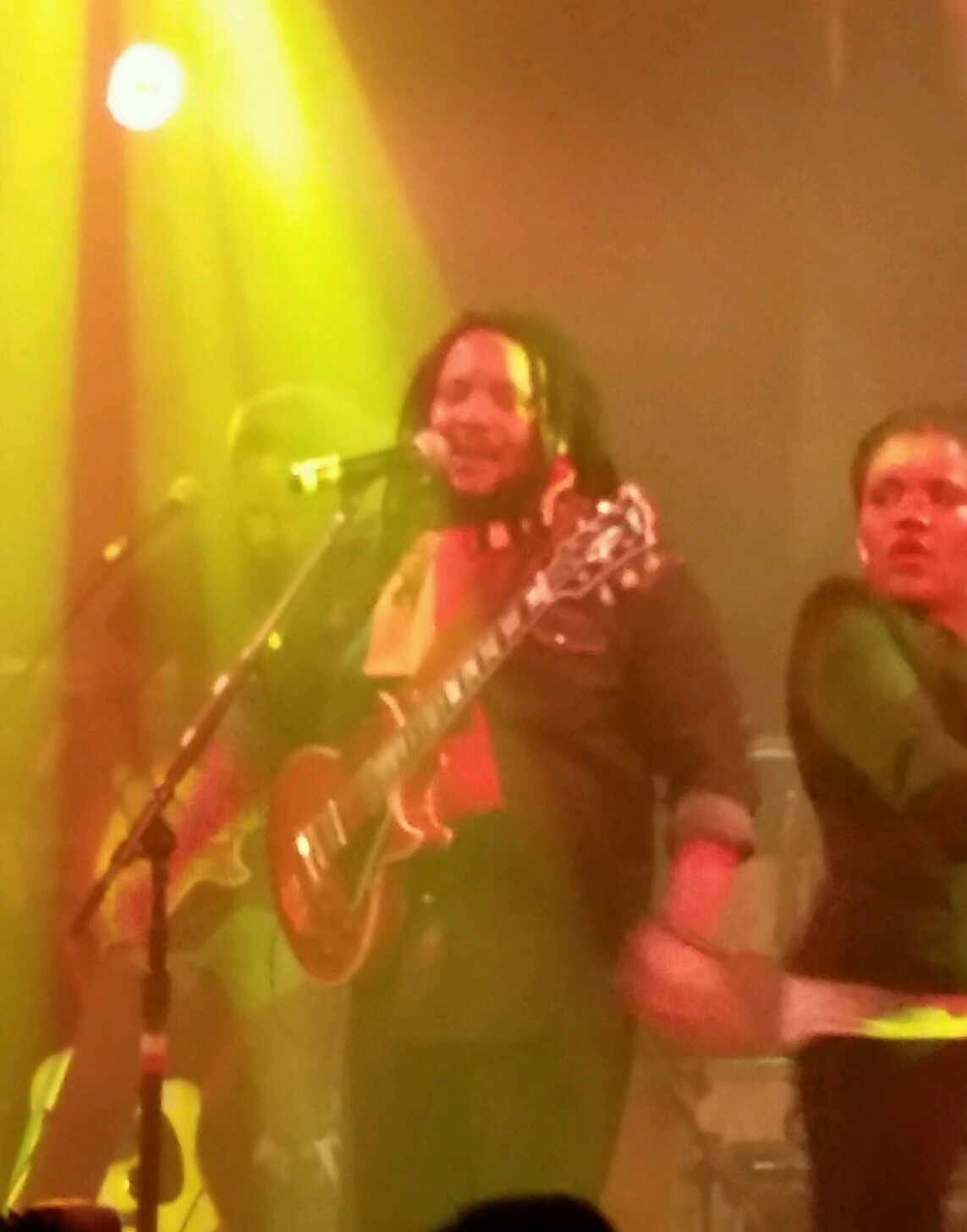 Daughter #3 was having a lot of pain last night. She and daughter #4, (both of them are RN's), were texting last evening about her symptoms. #4 was at my house so I was getting info from her. They decided it was her ulcer. She doesn't have a gallbladder so that was easy to rule out.

By this morning #3 had suffered all night and had given herself a new diagnosis, kidney stone. Daughters, 3 and 4 call to let me know that they are headed to the ER at the University Hospital about 36 miles away. I keep getting text updates.  They did a CT scan to check her appendix.  Pancreas was a little inflamed, but all blood work and tests were ok. She's feeling much better after some IV pain meds and they were both hungry.

Diagnosis- she passed a kidney stone in the night.

Grateful that turned out okay. Whew feel like we dodged another bullet.