This past Monday Anah 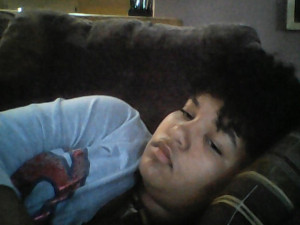 was hit in the head by the ball during soccer practice. A bunch of boys were goofing and kicked the ball hard and her head happened to be it the way. She is by no means a tiny girl, but the ball hit her in the temple spun her around and she fell. Alhamdullilah, she did not lose consciousness but was later diagnosed at the ER with a concussion. The CT scan was normal which was a great relief.

It was scary at times and the whole family has been on edge. Anah went to see her primary doc yesterday who said all her symptoms (dizziness, problems with balance, headaches, sensitivity to light etc) are to be expected. And, she said that it can sometimes take a month to fully recover. None of my children ever had a concussion as a child so I was totally unfamiliar with the whole deal. Having 3 daughters as nurses plus my best friend, and the assistance of Dr. Google I know more about concussions than I need to. I was talking to some friends who are my age, one of them the nurse, and she said her son had numerous concussions because he played football. And  another friend told me that her grandson was no accepted into the military because of his sports injuries.

The trip to the doctor yesterday wore her out so she is sleeping in, getting healing rest. It's a good day for sleep being overcast and quite dark.

Basically  the sports injury drama took up the entire week. Plus my grandson flew in from Austin for an overnight business trip, saw him for a few minutes.

I'm hoping to be more centered today and get back to knitting on my sweater. I am somewhere near the middle of sleeve #2. I've also been working on a bracelet. I haven't made jewelry in quite a while and this a new technique for me, sort of like bead weaving but using larger beads. The work is quite intense and so I don't get much done at one time, but it is progressing and I like the way it looks. Already ordered some beads for bracelets in purple and blue.

Anah's accident made me realize once again just how precious she is even in this awkward "tween" stage, she's still just a little girl. I am so very grateful that she is going to be OK.

I appreciate my grandchildren.. ALL of them.
I am grateful for my family, that I have one, that we get along, that we live close to each other ...
I appreciate the coming of Autumn.

May we all be safe and at ease...
Collapse