No matter what device or method I used couldn't edit previous entry to add pics.

Came to check up on my friends at LJ. I am always more content to discover what you are doing.

Good feelings for me to know that

egg_shell is still hiking and making art and

susandennis and Biggie are still hanging in there.

Lots of other familiar faces and additions to their stories. I try to come at least once a week and just read. LJ is a peaceful community as a rule, a place to chill, catch up on community news and write a bit.

I'm almost finished with the dreaded steroids. Both eyes are fixed. Will know more after appointment next week. I can read without glasses. Still have some interesting visual distortions. And truly, I don't want to hear about Aunty Fanny who had her cataracts fixed at 90 and got through it like a breeze. I found the experience challenging both physically and emotionally. Glad to be on the other side of it.

The greens have been planted and are sprouting well. Spinach needs to be thinned but need a rain. Most likely Joe will have to hook up the pump this weekend and give the sprouts a drink.


The grass is amazingly green and daffodils bloomed well this year. The hyacinths have also put on a good show.

I am walking most days around the yard, checking on the plants, breathing in Spring, and feeling better. Having spent most of 2020 sitting on my ass reading books, I am finding my mobility more impaired than usual so back to the mat and drag out the walking stick.

Temps expected to drop into the high 20's tonight. Will be covering the baby plants and hoping for the best. I bet it will take out the daffodils. So it goes, gotta roll with Nature's choices.

That's it from Shady Grove Farm. We remain well and most often at home.

Had cataract surgery on my right tea. As usual my mind was wandering and wondering which brings me to to topic of this piece. Does my ophthamologist see me only as an eye? I'd like to think not. Though I've probably mentioned it before, I have glaucoma and very narrow angles in my eyes. My last exam revealed it was time to get some new lenses. Thus that's what I did on Wednesday. 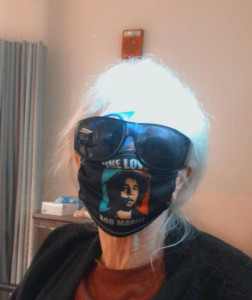 Wore my Bob Marley mask to the hospital and had a great conversation with the anesthesiologist who is also a fan. Very interesting to me as the doctor is mostly likely hails from the Indiana Sub-Continent. Great experience!

One daughter took me and delivered me back home. One spent the night to watch over me. She kept me fed. Put clean fragrant sheets on my bed and, as always, was a comfort.

Joe propped up the head of my bed. I need to be at a 30 degree angle for a week. Much better than the first night when I slept in the recliner.

I feel inordinately tired still and reasonably uniterested in anything. But, oh yeah, I was that way before the surgery. Had to return to doctor yesterday morning who gave me the stamp of approval and we are working on scheduling the other eye.

Vision in right eye is now 20/25 without glasses. I might be able to pitch the glasses for distance and get some of cute readers for fun.

They've got me on steroids which make even more of a looney tune than ususal, but I keep reminding myself that it is the medication. So far, not a bad experience. I approached it with an attitude of curiosity and that worked out well. I met some amazing people who were all kind and efficient. I love my surgeon, he is young, funny, quite good at his job and very very calm. Great at answering questions too.

I did begin a book today, another Jo Nesbo. Life has been a bit fucked up this week. But, I did get to see that ghastly man and the Barbie doll vacate the White House.

Hope you all are doing well.

I'm struggling with the implications of last week's BS, I haven't left the house in many weeks. It's cold. There is nowhere I want to go.

I have burned more food than I have managed to turn into something edible. I did manage an awesome roasted chicken on Sunday, now that I think about it.

I cast on a hat, but at this point it looks as if it might fit the new baby. Maybe I counted incorrectly.

I created a Vision Board focusing on health for 2021. Here's a picture, a crappy picture, but you get the gist of it right? 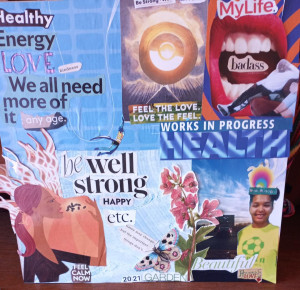 I'm restless, yet tired - uninspired, but starting projects that I abandon. . I have happy moments. But, there is always an edginess that I don't care for at all.

I been doing Reiki on myself every morning for a bit now and I will say that my pain is less. That's a plus!

I've already lost interest in exercising outside (too cold) and haven't been out in a while. Keep trying to get into some kind of inside movement regularly, but that has thus far been an epic fail. Have no real connection with time, am sleeping odd and disjointed hours. For someone who doesn't watch the news, I seem to have negatively impacted by all this urest. I am grateful that the sun came out today. It has been kind of murky dismal which doesn't help the mood.

That's probably enough rambling for today. I think I'll go put the 2019 photos into an album. And yes, I still do that. I tried to quit, but alas though a bit behind, here I am doing it again. Old habits are hard to break says my husband. He's often right.

Reading a Jo Nesbo novel and last watched a documentary on Nigeria. I thought a lot about how little I know about these other places, and how a crap day here could look like Paradise to someone else.

I hope you all are well and as at peace as possible.

While I am glad that I am finished I am also pleased that I hung in there for the entire year. At times I went for days without filming so nothing is genuinely sequential. Other times I had many ideas in one day and filmed several in advance. Toward the end I got bored, but the Christmas lights kept me entertained.

If one was going to do a yearly record 2020 was a perfect one to choose I suppose though looking at my clips, nothing ever seems amiss. At Shady Grove Farm there was no pandemic, only flowers and trees.

My kids seem grateful that I produced this short video journal. I like that.

I deleted the app and am saying goodbye to 1SE.

You can get card with your statistics here!

Our Christmas was calm and peaceful. We cut back on a lot of things and people showed up in shifts. My daughters cleaned up the mess and I didn't get left with too many sweet things to tempt me.

I received interesting and beautiful gifts.

Dare I ask for more? I think not. 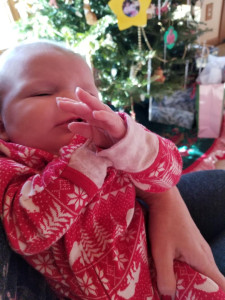 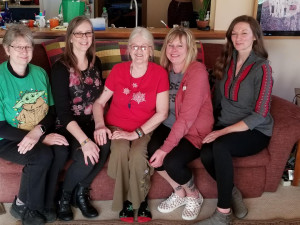 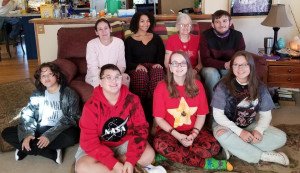 Hope everyone has found some JOY in this holiday season. It's there, just harder to access. 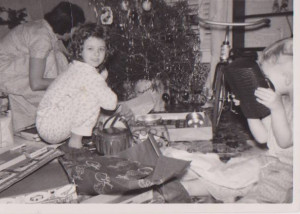 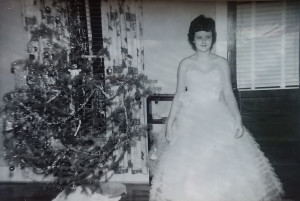 11:11 popping up quite often these day. Not being one to have unparalleled faith in portents and omens, still, it's good to think that "change gonna come." 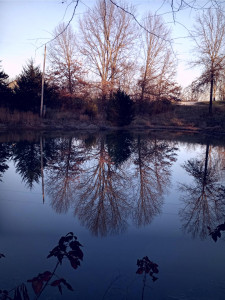 The weather has remained dry and windless so I have taken to strolling down to the pond. Quite nice down there, very peaceful. The dog loves going for walks. Tis good to have a companion. 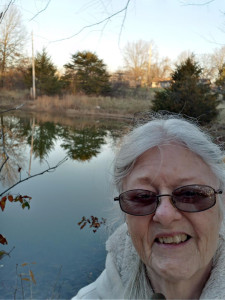 Taking an online coaching class that combines CBT Therapy (never tried by moi before) plus Buddhist philosophy (with which I am moderately familiar) and is also based in mindfulness meditation (which I've been practicing for many years). I am witnessing many positive changes in myself. I feel better. And, isn't that what we are all looking for? to feel better.

Was hanging with some Tarot readers over Instagram, but they got into a squabble of some sorts and I have backed away from that. "Aint' nobody got time for that." I must just be "simple" thinking that humans could co-exist in a kinder fashion online than they do up close and personal. Or, maybe I'm just a dreamer.

Health issues with which I have been dealing: The eyedrops I use for glaucoma has the lovely side effect of raising blood pressure. Remember back when I went to the ER with the 200/10? reading? Upshot of that is I got a bright new turquoise capsule in my pill box. Side effects constipation...ARGH...TMI?

Fortuitously enough, recently saw my darling ophthamologist who says it is now time for cataract surgery which can possibly mean that I will be able to cut down on the above mentioned eyedrops and in turn the bp will go back down. He prescribed a third drop for my right eye. I'm please that my consult is Dec 14. So many drops get confusin.

Or I could die in the meantime. For God's sake I could get the damned plague. :P 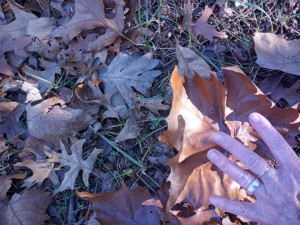 But until further notice, I'm right here sitting in my chair. Currently knitting discloths for holiday gifts, resing "The Reiki Sourcebook" and another of the Alexander McCall Smith series. Oh, and watched "Hillbilly Elegey" and found Glenn Close to be amazing in her role. I'd recommend it. While not my closest relative, the people in the flick are my people. My mother escaped the brutal life in Appalachia, married my father and came north.

Ok, time to flatiron my hair. the kids are coming over.

Well, here's something I won't do again...lol I became tired of trying to do something different with me.